The Telling Project: The Same Moon

The Telling Project: The Same Moon
A KCP PRODUCTION

January 19, 2020 @ 3:00 pm – 5:00 pm
Adult Tickets are $25 and Students are $10
In The Same Moon, the Telling Project’s stories focus on eight New Vermonters who have come to Vermont from all over the world to settle, work, learn and become a part of our communities. Although Vermont is often described as culturally homogeneous, it has a long history of multi-ethnic immigration to the state. Early immigrants included Scots, Italians and French-Canadians. Freed and escaped slaves were among our very first settlers, fighting as Vermonters in the American Revolution. More recent waves include families from Southeast Asia, North Africa, the Middle East and Latin America who have created homes here, contributed to our communities, and made their mark on Vermont. The story of displacement is a universal human story. Whether displaced through forces beyond our control, through choice, or even through the acceleration of cultural, technological, economic or environmental change, all humans are marked by adaptation and re-orientation. Understanding this helps us understand ourselves. Directed and produced by Ariel Zevon, Sahra Ali and Jay Craven for KCP Presents.

Please Note: This event was rescheduled from November 24, 2019 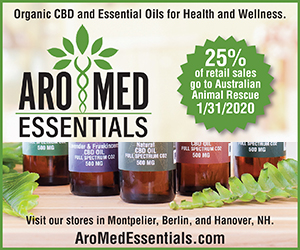