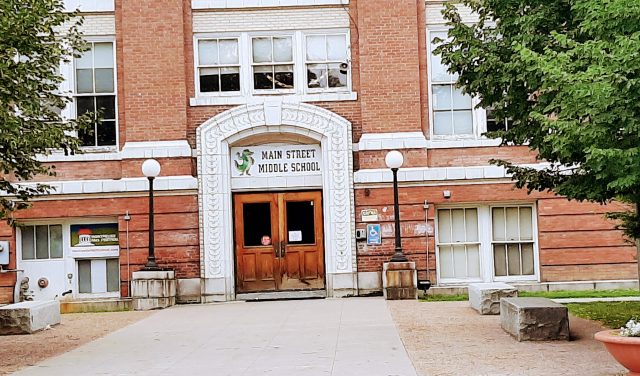 At one point last month, the Montpelier Roxbury School Public School Board hoped to decrease next year’s Montpelier school tax rate based on state school funding figures and a lean budget. Since then, members learned the school tax rate will increase in Montpelier by 1 cent and decrease in Roxbury by 14 cents, based on decreased Equalized Pupil numbers from the state, and that’s if they didn’t change the original budget at the Dec. 21 meeting. A public forum is taking place tonight, Jan. 4, at 6:30 p.m. about the budget at the Montpelier High School and via a Zoom virtual meeting. In Montpelier a $200,000 house would see a $45 increase in annual school taxes; in Roxbury the same house would see a decrease of $277 for the year, based on its early lean budget. But these figures did not deter board members from finalizing a list of items to add into their proposed FY24 budget. The total proposed school budget is now $28,580,118. The board plans to approve a budget Jan. 18, after a public forum on Jan. 4, during which questions from the public will be taken. For next school year, the board plans to “further continuous improvement” by decreasing chronic absenteeism from 32.3% to 20%, primarily in the high school; and decreasing to 5% the number of students in each building who need extra support to gain academic and social-emotional learning and wellness skills. This required adding five locally funded staff positions to the proposed budget. The total expense increase since the board’s first budget presentation is $370,476, according to Christina Kimball, district business manager. Overall education spending in the proposed budget is up 6.51%, and spending per pupil is up more than 7.5% from the current year. Revenues for next year are known with the exception of transportation aid and a preschool special education grant. Unknown expenses are the Central Vermont Career Center’s six-semester average number of students and the costs of new negotiated contracts. Jody Emerson, director of the Central Vermont Career Center (CVCC), and Commissioner Jill Remick, chair of the CVCC Regional Advisory Board, provided the CVCC budget presentation. Tuition for the career center is already built into the Montpelier Roxbury school budget, but voters must also approve the center’s budget of approximately $4 million for it to access tuition funds. Voting “Yes” for the CVCC budget does not create an additional tax impact, according to Emerson and Remick. Next school year, career center tuition will be $8,781 per full-time-equivalent student. One year ago area voters replaced the Barre Technical Center with the CVCC, so this is the first budget created by the new center. According to Emerson, CVCC graduates tend to remain in Central Vermont, providing skilled services as mechanics, designers, chefs, plumbers, contractors, TV producers, hair stylists, EMTs, nurses, and more.  Andrew LaRose announced that the district wants to hire Engineering Ventures for professional services for the track project at MHS without putting the contract out to bid. The board unanimously approved this.
UNDERWRITING SUPPORT PROVIDED BY