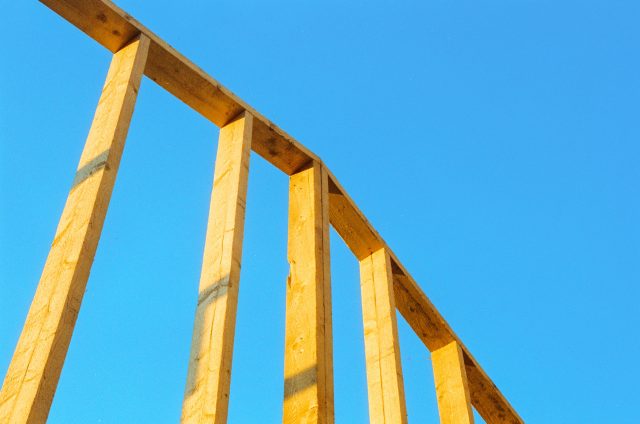 Even with higher mortgage rates and a slowing economy, the demand for single-family homes and condos in central Vermont continues to be high this year, as it has been the last two years, according to real estate broker Tim Heney of Heney Realtors in Montpelier.  As a result of high demand and lack of inventory, prices are up. The 2022 median price for homes and condos sold in Montpelier through MLS was $370,000, up from $290,000 in 2021, he reported. The comparable 2022 price in the U-32 towns was $356,000, up from $320,900 in 2021. Heney said the situation is now causing young families to give up on Montpelier and nearby towns and look instead in towns such as Northfield and Barre Town, which have lower prices and lower property taxes. “We need more mid-line homes here for younger buyers and also for older homeowners to downsize to from their larger homes,” Heney said. He noted recent demand for new condos has been “very strong,” pointing to the Partridge Farms 24-unit condo development in Berlin, which he said sold well and attracted many buyers from Montpelier. Despite buyer interest, projects to build new owner-occupied houses, starter homes, condos, or tiny homes in Vermont are much rarer than plans for building rental apartments. Federal and state subsidies and federal low-income tax credits are mostly aimed at building low-income rentals, for which there is also strong demand. Owner-occupied housing construction, stymied by high costs and a lack of subsidies, is falling behind. According to a Jan. 17 story on VTDigger.com, state economists Jeff Carr and Tom Kavet told state officials that construction of new single-family homes slowed significantly from November 2021 to November 2022, dropping about 24%, while new apartment construction grew by the same percentage and made up for the decrease. The apartment surge is likely due in part to funding from the Vermont Housing and Conservation Board, which was given more than 50% of the half billion dollars in federal pandemic housing aid the state received and which funds many low-income housing rental projects, according to Vermont Housing Commissioner Josh Hanford.

Hanford noted that last year, with support from Gov. Phil Scott, the legislature did initiate a relatively small, $15-million pilot program to boost homeownership. Called the “Missing Middle-Income Homeownership Development Pilot Program,” it provides subsidies and incentives for home builders to construct or rehabilitate modest homes affordable to Vermont homebuyers at 120% of the area median income or lower.  Zach Watson, executive director of Habitat for Humanity of Central Vermont, is critical of the fact that most state housing appropriations from federal pandemic aid money are going to support subsidized rental units. In a commentary published in The Bridge last April, he said that of the 800 housing units subsidized by the Vermont Housing and Conservation Board in 2021, only 17 — less than 3% — were built for homeownership.   “Depriving residents of one of their only means of prosperity, homeownership, will exacerbate the gap between the rich and the poor and could have far-reaching impacts on the wealth of Vermonters,” he wrote. “Subsidized rentals for low-wage earners are a subsidy for businesses that do not pay a livable wage,” he argued. “A worker who earns low wages should be able to build their wealth by investing in their home through mortgage payments and not be forced to rent because that is all that is available.” Watson said homeownership allows people to build equity over time. “A home is the number one asset of Americans,” he told The Bridge recently. “Owning usually costs less than renting the same size unit, plus the tax-deductible mortgage you pay goes toward owning an asset. And homeownership creates better communities and neighborhoods.”

Owner-Occupied Housing is Down

According to figures from the 2020 U.S. Census, 53.2% of housing units in Montpelier are owner-occupied, down a bit from 54.7% in 2000, with most of the balance being rentals. In recent years, most local single-family home construction has occurred in the U-32 towns, Heney noted. In Montpelier, the last burst of owner-occupied housing construction occurred in the 1980s, when 334 condos and 67 single-family homes were built. A significant portion of housing construction since 2000 in the city has been apartments, much of them owned and managed by Downstreet Housing and Community Development. In response to strong demand, Downstreet has plans for more lower-income apartments throughout central Vermont.

Projects in the Pipeline

Building owner-occupied housing on a large-scale requires sewer and water, but in Montpelier that is challenging because there are few large open land parcels left that lend themselves to development. However, two of those parcels came on the market recently: the 133-acre Elks Club property that the city purchased last year, and a 100-acre parcel on Isabel Circle that is under contract. Both are slated for development that could boost new owner-occupied housing to at least some extent, although the Elks Club plans are still being worked out.

The Isabel Circle project is a 50-unit development proposal that would primarily consist of smaller, owner-occupied, single-family homes as well as some duplexes and four-unit buildings. According to Thom Lauzon of Barre, one of the partners in the development, the plan is to apply to the Development Review Board soon and potentially begin construction this summer. “We need more housing of all types,” Lauzon said. “But to build more single-family houses for middle-income Vermonters, we may need subsidies to reduce the cost. That is expensive, however, given construction costs.” Lauzon last year disclosed separate plans for a four-story housing development at the site of the old Gulf Station on State Street in Montpelier, with units that could be either rented or sold as condos. He said that project has been delayed until at least 2024 because it is difficult to line up contractors.

Another proposed project that, if built, would include some owner-occupied housing is the plan for Habitat for Humanity of Central Vermont to build a major development of 115 units off Northfield Street on a 50-acre parcel, half of which would be developed for housing and the rest left open, according to Habitat’s Zach Watson. Habitat is typically only able to build a handful of new area homes a year, so this would be a big undertaking for the organization. Under the plan, which Watson said will require several funding sources and would start at the earliest in 2025, Habitat would build 22 duplex homes for lower-income Vermonters that would be owned by the occupants in a shared-equity model, plus another 33 fair-market-value properties would be built by another developer, yet to be determined. In addition, the project would include 60 low-income rentals developed by a separate developer who can access low-income tax credits, possibly but not necessarily Downstreet.

The Elks Club project — now called the “Country Club Road site” by the city — could also potentially include a number of new owner-occupied housing such as houses, condos, and tiny homes, depending on the mix of housing the city ultimately decides to pursue. Recently unveiled site plans for the property include two housing scenarios, one for up to 513 housing units and the other up to 243, both mostly consisting of multi-family buildings and triplexes, although it is unclear if any of those would be owner-occupied. One plan includes 13 larger single-family lots and 22 small lots, while the second plan shows a total of 13 single-family lots. These would presumably all be owner-occupied.

Montpelier architect Sandy Vitzthum is another advocate of homeownership who thinks subsidies, tax incentives, and state Act 250 development regulations are tilted too heavily toward apartment developers. “It’s important for young people to be able to buy a place when they have children,” she said. “If you rent for 30 years, you’ll have far less equity than if you own.” Vitzthum believes there are several ways that a significant amount of owner-occupied housing could be encouraged on larger parcels in Montpelier, such as the old Elks Club. One is to sell off lots and let people either hire a contractor, buy a locally built Huntington Home, or build homes themselves. “Historically, many people learned the skills to build their own houses and save on labor, and that can happen again with some encouragement and education,” she said. A second path would be to sell lots to two or three builders and let them design and build a couple of models of starter homes. A third path, aimed at tiny homes, would be to create very small lots and install pre-constructed, energy-efficient homes such as those made by Vermod, a housing manufacturer with a factory based in Hartford, Vermont. Vermod builds energy-efficient modular housing units meant to last longer than mobile homes. Its models include a one-bedroom unit of 560 square feet and two- and three-bedroom units ranging in size from 1,022 square feet to 1,132 square feet. Regardless of type, housing is clearly on the mind of legislators this year, fueled by citizen interest and predictions like the latest one from the Vermont Housing Finance Agency (VHFA) that Vermont needs to build 35,000 to 40,000 new units of all types by 2030. New housing legislation and funding is likely this year. But meeting VHFA’s ambitious target will be challenging, according to developers like Lauzon. “COVID made everything harder,” he said. “With supply chain issues, labor shortages, and higher interest rates, conditions are very challenging for developers. I don’t see it getting any easier for a long time.”
Stories about Affordable housing
UNDERWRITING SUPPORT PROVIDED BY