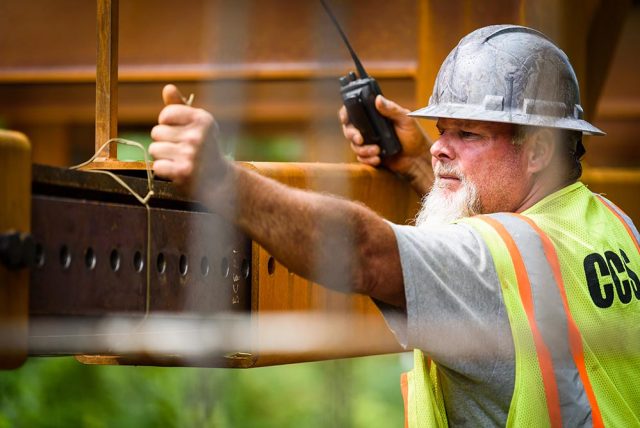 The infrastructure bill passed by Congress and signed into law by President Biden a little over a year ago — officially called the Infrastructure Investment and Jobs Act (IIJA) — has already begun to provide some much-needed help to Vermont municipalities, aid that will continue for several more years and that has the potential to help Montpelier fund its many infrastructure needs. According to a U.S. Department of Transportation press release issued after the IIJA was passed, “for decades, infrastructure in Vermont has suffered from a systemic lack of investment.” It said Vermont has 66 bridges and over 666 miles of highway in poor condition, and each Vermont driver “pays $517 per year in costs due to driving on roads in need of repair.” The law is actually a five-year authorization of federal surface transportation spending. It doubled new spending on the nation’s infrastructure over the next five years, and included not only increased money for roads, bridges, and railroads, but also provided funding for water systems, wastewater treatment plants, airports and ports, housing, and high-speed internet. According to VTrans Secretary Joe Flynn, IIJA funding helped boost road and bridge aid sent to Vermont cities and towns by the state for fiscal year 2023, which began July 1, 2022. The total amount provided was $70.9 million, up significantly from the $57.2 million Vermont cities and towns were granted in FY21 (FY22 is not a good comparable year because of pandemic anomalies). Depending on legislative budget decisions in the future, that level of spending or higher could continue for the next four years, Flynn said.  The IIJA law also contains 20 new competitive grant programs, including some for road and bridge work, that municipalities across the nation can apply for, although details on most of those are not yet available from the federal government and some are just for larger cities, Flynn said. Flynn noted the state can only fund projects that are ready to go, and ramping up the number of projects will take time. In addition, he said, it is unclear what the capacity of the state’s industry is to do more projects: “We have more money coming in, but is there a point at which we can’t do more?”  Vermont’s Agency of Natural Resources (ANR) is handling disbursement of IIJA funds received for some non-transportation infrastructure projects, according to Padric Monks, ANR’s water infrastructure finance program manager. It includes funding for two state revolving loan funds that provide loans to municipalities, one for clean water and the other for drinking water. The Vermont clean water fund — used for projects such as wastewater treatment and stormwater systems — is receiving $14.9 million from the federal government this year, up from $7.8 million last year, Monks said.   The drinking water fund is receiving $61 million, a huge increase from last year’s allocation of $11 million. Half of the new drinking water money is dedicated to the removal of lead pipes. But the other half can be used for projects such as water main replacements, Monks said. Monks said the lead pipe work will begin with municipal water departments doing an inventory to determine how many lead service lines are being used to deliver drinking water in each community.
Stories about Infrastructure
UNDERWRITING SUPPORT PROVIDED BY