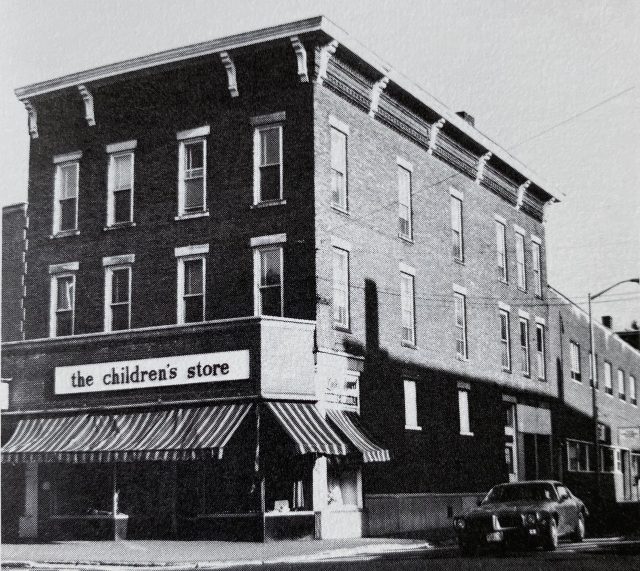 James G. French built 85 Main Street, a simple brick block at the bottom of East State Street, in 1884, after the old arch building that straddled the street was torn down. French lived just up the street next to the Unitarian Church in a building that still stands. He owned a profitable clothing store and was postmaster from 1861 to 1869. French built a small post office building at the corner of State and Elm streets (see “Then & Now,” Sept. 1, 2021) and the large block on the west side of Main Street that bears his name (see “Then & Now,” Jan. 22, 2020). The building at 85 Main Street, which along with the neighboring building was known as the Cody Block, was destroyed by a huge fire on Dec. 20, 1980. The buildings were replaced by an in-town shopping mall and office complex known as City Center in 1986.
UNDERWRITING SUPPORT PROVIDED BY

Arrows for a Green Heart