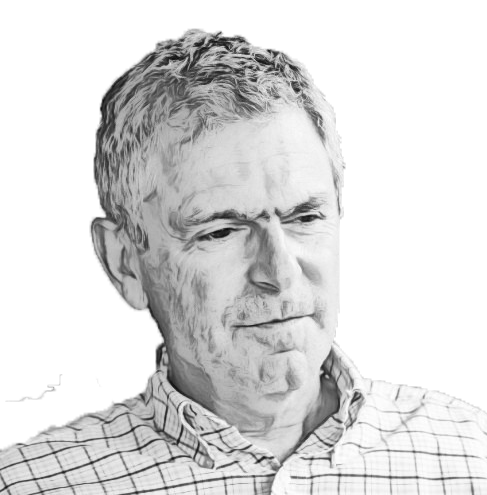 During the first two weeks of August, Linda and I traveled to western Ireland. We toured with a group put together by Sarah Squier, a Montpelier High School English teacher. We were three from California, two from Virginia, two from Monkton, and seven from Barre/Montpelier, with an age range from the 50s to the 80s. We had a tour guide from France who knows everything there is to know about Irish history and culture and a bus driver from Manchester who knows everything there is to know about Ireland’s fauna and flora.  We began in Cork in the south, welcomed by a huge and joyfully boisterous pride march. During the course of the trip, we made our way up the west coast, in and out of every peninsula, all the way up to County Donegal in the far north. One morning we stopped at a sheep farm in County Kerry where we watched a sheep-dog trial. The dogs, following verbal and whistling commands, eagerly and dexterously herded sheep through a series of gates. It was just a demonstration, of course; the real thing happens high on the mountain overlooking the farm, where the sheep wander and graze on common land for most of their lives. They are brought in for shearing and lambing three times a year. The dogs and their owners — Bridget, the beautiful woman with a wandering eye who explained it all to us, and her silent partner Seamus — spend exhausting 10-hour days on the mountain accomplishing this miraculous feat. Afterward, the local farmers swap the sheep that don’t belong to them; the dogs don’t care whose is whose. Sheep are everywhere in Ireland. On many farms, they graze within the stone walls that run up and down the fields and mountainsides. In the wilder parts, they graze on unwalled common land. We walked among sheep as we climbed on the cliffs at Slieve League in Donegal, 2,000 feet above the crashing Atlantic. I’ve been to places of extraordinary beauty: Machu Picchu, the Swiss Engadine, the cornfields along the Winooski between Montpelier and Middlesex on a misty early morning in August. Slieve League is right up there among the most beautiful places in the world. As a college sophomore, I remember learning about the economic postulate known as “the tragedy of the commons.” The idea, an example of game theory avant la lettre, is that a person using common land (or other resources) will exploit the commons because they will rationally calculate that every other person using the commons will act in the same way, and they don’t want to be suckers left behind. Although it would be in the collective interest to use the commons carefully and conservatively so as to preserve it over the long term, this will never happen without central control, according to the theory, as each person’s rational calculations lead to overuse and the inevitable depletion of the commons. Yet, the theory does not seem to play out on the west coast of Ireland. The commons thrives. Likely, low population is a factor, as is the relatively low impact of sheep. But I think tradition plays a big part, a millennium of stewarding the land according to norms understood and honored by all. We in the United States seem to toss norms aside like litter on the roadside. Along the way, we jousted with limericks. Leaving the famed Dingle Peninsula, I came up with this one: There is a fine man from Dingle,
Alone with his ale, wants to mingle.
He makes his wish and sips.
He eats his fish and chips.
Alas he’s still feckin single. Six days later, leaving County Mayo on our way to County Donegal, we lunched in hip Sligo Town, and I was again inspired to rhyme: I once knew a woman from Sligo.
Beautiful. Not too shy though.
So when her lover Joe took his leave,
Off to Dublin one eve,
She turned to him and said, “You can die, Joe.” If only she had met the lonely fellow from Dingle. My fellow-traveler, Diane, outdid me: There once was a chap from Sligo,
Who told her “Where you go, I go.”
When she jumped in the ocean,
Wearing only sun lotion,
He began feeling a wee bit shy though. Oh, we also got COVID-19 on the trip. Not all of us, but more than half, Linda and me included. We discussed, and we carried on. Sheep, stone walls, cliffs, peat bogs, fish chowder, Guinness, fiddles, camaraderie, COVID-19.
UNDERWRITING SUPPORT PROVIDED BY 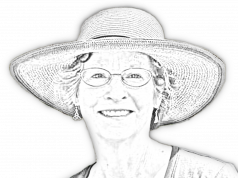 The Way I See It: Armchair Travels

The Way I See It: ‘Ars longa, vita brevis’: Take a Look Around