Home Arts A Nightmare on Barbary Street: “Barbarian” Film Gets Five Stars
Facebook
Twitter
Email
by Jesse Mudgett “When a young woman (Georgina Campbell) arrives at the rental home she has booked, she discovers a mysterious stranger already inside (Bill Skarsgård), claiming to be renting the home as well. When the stranger offers, she agrees to stay for the night despite her skepticism. However, soon she learns that there is something far more sinister going on than just an uninvited houseguest.” In recent years, there has been an overwhelming output of comedy actors and filmmakers expanding their repertoire into the horror genre — Jordan Peele, John Krasinski, David Gordon Green, and now, Zach Cregger (of the Whitest Kids U’ Know sketch group). His film, “Barbarian,” is a wonderfully crafted hybrid of the socially conscious and the unapologetically bizarre. The film is simultaneously spine-chilling, darkly hilarious, and unbelievably tense, all while confidently supporting its admirable thesis: different genders have to naturally navigate the world using different levels of caution.  The apex of the film’s strengths lies within its subversion of expectations and Cregger’s awareness of how audiences react. The film plays with the audience’s recognition of infamous horror film tropes. Instead of characters making terrible decisions with no further explanation, Cregger uses the opportunity to examine what causes people to go down the dark hallway or into the secret basement. The intelligent characterization creates a far heavier atmosphere than the usual horror affair and causes an unusually intense attachment to the film’s characters to materialize. The performances in “Barbarian” work exceedingly well because of both the genuine talent of the actors and the way Cregger uses typecasting to the film’s advantage. The leading woman, Tess, is played brilliantly by Georgina Campbell, who conveys intelligence and realism to show the depth behind her decisions, instead of simply being yet another “final girl” who makes poor choices solely to further the plot. Experienced genre actors Justin Long and Bill Skarsgård also turn in career-best performances, expertly leveraging their natural charm, their previous casting, and the constant threat of subversion, effectively building suspense and creating unease in the audience’s relationships with the characters until their respective intentions are revealed. Although he is helped tremendously by the talented cast and crew, Cregger is undeniably the backbone of “Barbarian.” He consistently fills in any cracks that threaten to appear as the film goes on and maintains his unique vision. However, throughout the film, he is also never afraid to readjust the tone, directing style, storytelling devices, and even what horror subgenre the film fits into. Cregger’s knowledge of the genre, distinct passion for film, and heightened creativity shine through to weave these many miscellaneous elements together to create a polished narrative experience that, without him, certainly would have failed. “Barbarian” was never going to be for everyone; however, the mastery of suspense, bold creative choices, and commendable social commentary are still undeniable. Pitch-perfect performances and the film’s unpredictability, mixed with countless well-constructed scares and the unbearably tense atmosphere, make this one of the best horror movies of the year and triumphantly announces Zach Cregger as a filmmaker to watch. “Barbarian” is showing at Majestic 10 Theater in Williston and will be streaming on HBO Max starting Oct. 25. It ran at the Capitol Theater in Montpelier in early October. Not everyone will enjoy this film, however, if you have a strong stomach and a love for horror, give “Barbarian” a try this Halloween.
UNDERWRITING SUPPORT PROVIDED BY 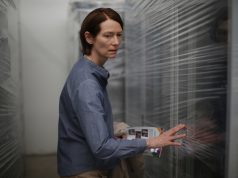 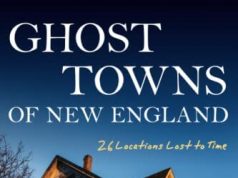