Home News and Features Police Reports Man Allegedly Fires AR-15 Off Porch, Falsely Blames “Unknown Black Man”
Facebook
Twitter
Email
Vermont State Police arrested a Waterbury man for allegedly firing a semi-automatic AR-15 rifle off his front porch, triggering calls from nearby schools and daycare centers. He then initially falsely accused an “unknown black man” for the incident. Troopers from the Berlin State Police barracks were called to the scene at 7:26 a.m. Friday, Sept. 23, according to a report from the Vermont State Police. Joseph Bishop, 48, of 1589 U.S. Route 2, allegedly fired the rifle off his front porch, and then falsely claimed he had an altercation in his home with an “unknown black man from out of state.” He further allegedly falsely claimed the man took out a concealed AR-15 and fired a round. However, further investigation revealed Bishop had made several conflicting statements to troopers. Bishop finally admitted he was responsible for pulling out the AR-15 and firing at least one round in the air while outside his home.  The Berlin Police Department and Waterbury Rescue also responded. The incident caused several schools and daycare centers near the location to call the Vermont State Police, asking if this was a possible active shooter incident. The police report states, “The state police would like to assure the public that this was an isolated incident, and there was no active shooter situation.”  Police cited Bishop into court on charges of reckless endangerment and providing false information to law enforcement. He is due to appear at 8:30 a.m. Nov. 8 in the Criminal Division of Vermont Superior Court in Barre.  This investigation remains active and ongoing, and additional charges are possible. Anyone with information that may assist investigators in this matter is asked to call the Berlin Barracks at 802-229-9191 or provide an anonymous tip online by visiting vsp.vermont.gov/tipsubmit. The Vermont State Police will provide updates as the investigation continues.
UNDERWRITING SUPPORT PROVIDED BY 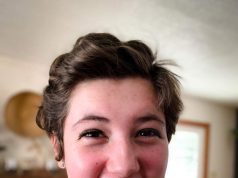