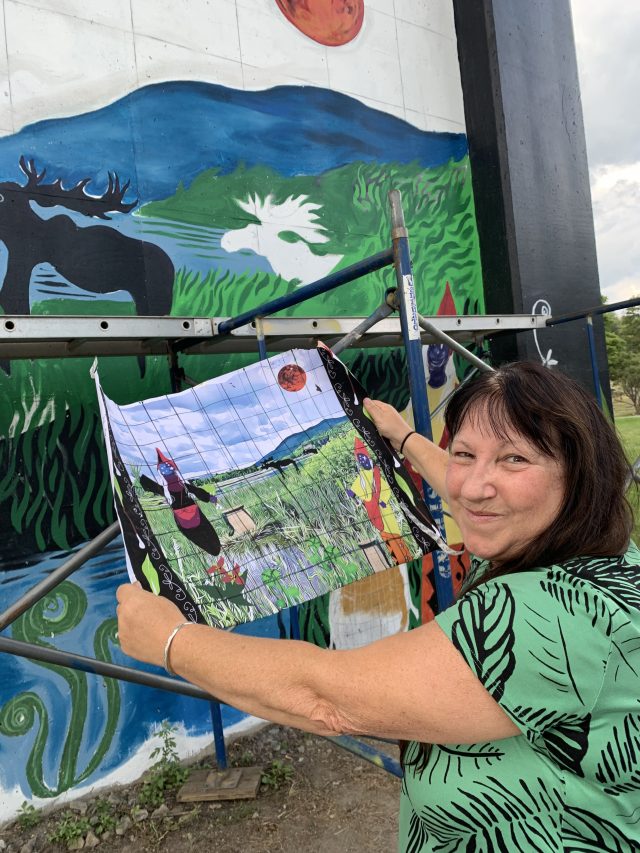 Above, Abenaki artist Abena Songbird compares her planning sketch with “Gathering Medicines,” her 16-by-24-foot mural at Gateway Park. Muralist Erik Gillard assisted with the painting. Below, community artist Carolyn Shapiro takes a break from painting “We’re Watching,” her 17-by-24-foot mural on an interstate structural support at Gateway Park on Route 2/State Street. Shapiro said the title refers to animals watching to see what humans are going to do about climate change. She said the two new murals do not face the highway because they are intended for people who use the park. Four other artists painted one or more animals. The state has approved creation of up to 15 murals below the interstate, which Shapiro said would eventually make this a “mural park.” The first two murals, which were nearing completion last week, are being done through the Montpelier Public Art Commission. Photos and text by Tom McKone.
UNDERWRITING SUPPORT PROVIDED BY