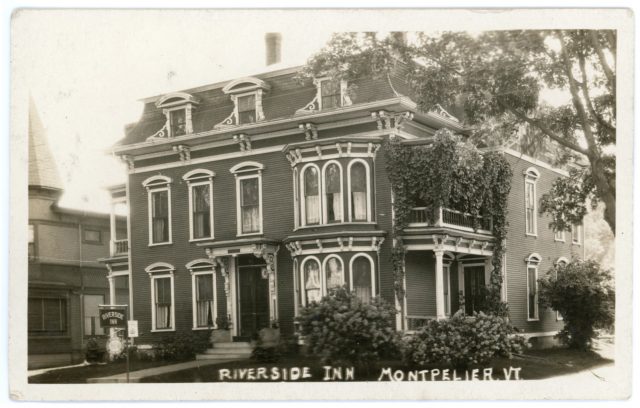 State Street has housed many hotels and guest houses over the years. One of them was the Riverside Inn at 128 State Street. This impressive French-Second-Empire–style building was constructed in 1869 out of the remains of the smaller Episcopal church that stood on this site. Five different owners operated the Riverside as an inn with an annex in back until 1945. The inn was demolished in 1948 by the state of Vermont to make room for the Edward Dewey house that the state moved here from its original location at 120 State Street, making room for a large office building that now houses the Department of Motor Vehicles.
UNDERWRITING SUPPORT PROVIDED BY