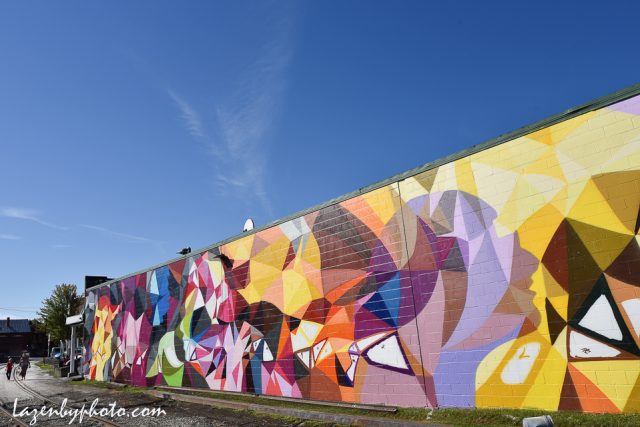 This week Milwaukee artist Mauricio Ramirez (left) transformed the previously beige wall of the Shaw’s grocery store in downtown Montpelier into a striking, colorful mural. Commissioned by Montpelier’s Public Art Commission, the mural joins work that Ramirez has done across the country and will be featured as part of Friday’s monthly Art Walk. The art is made with spray paint from the plan Ramirez created in his studio. Ramirez had some spray painting help this week from  Montpelier artist Monica DiGiovanni, a member of the Public Art Commission. Ramirez was awarded a $19,000 grant from Pomerleau Realty (the building owner), Shaw’s Supermarkets (the lessees), the arts commission, and Montpelier Alive. The silhouette of a man in a red hat (below) reminded some folks of a certain ex-president. The cap was since changed to blue and Ramirez said the model for the image was a man he met in Montpelier.
UNDERWRITING SUPPORT PROVIDED BY 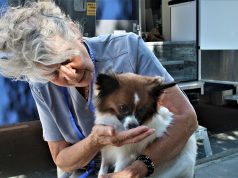