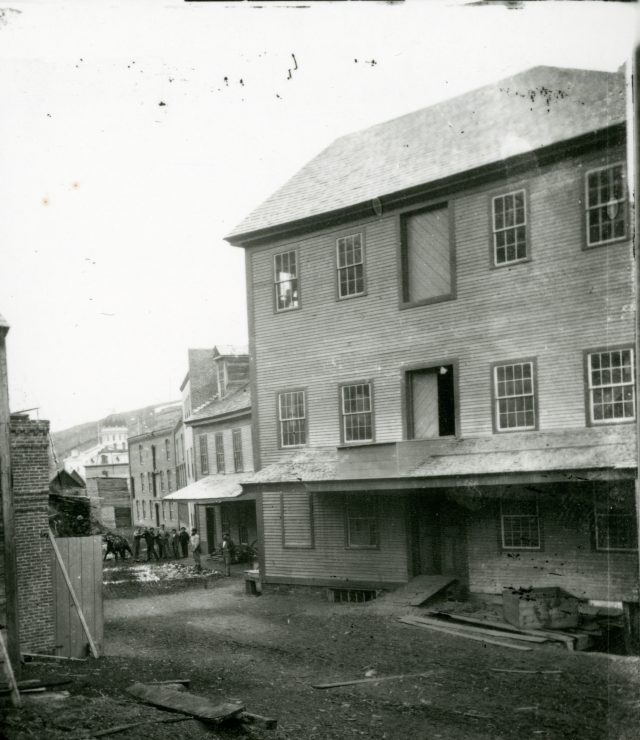 The eastern end of what we now call Memorial Drive was a hub of industrial activity in the late 19th century. Winooski Avenue, as it was known, was part of  Berlin until 1899, when the area was annexed by Montpelier. It was a dirt road lined with industrial buildings using the river and shacks. It provided the main access to the high school (built in 1956) and Langdon Meadow. In 1963 the road was widened to provide access to the new interstate highway, changing the street’s character considerably. A year later, at the request of the Chamber of Commerce, the street’s name was changed to Memorial Drive.
UNDERWRITING SUPPORT PROVIDED BY