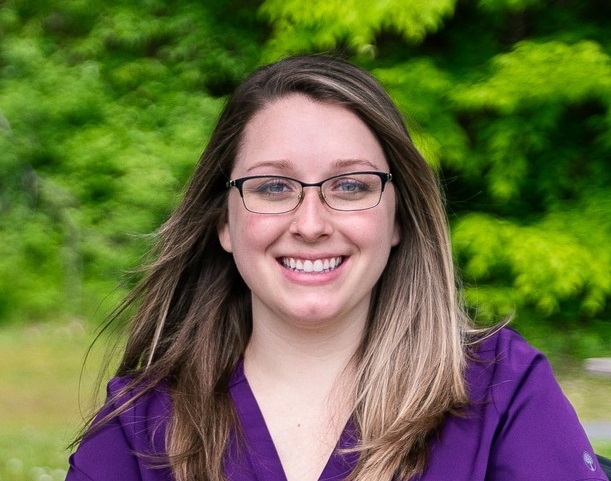 Catherine Kalkstein began her tenure as the new executive director at Central Vermont Adult Basic Education, Inc. on July 5.  Kalkstein brings over 20 years of experience in nonprofit leadership to the adult education and literacy organization serving Washington, Orange, and Lamoille counties. She has served as executive director of the Washington County Diversion Program and before that as director of the Vermont Women’s Fund. Kalkstein’s commitment to community-based organizations goes back to 1995, when she began her nonprofit career working with survivors of domestic violence and their children. “We are thrilled that Catherine has joined CVABE,” says Nancy McCann, the organization’s board president. “Her dedication to the community, knowledge of nonprofit leadership, and commitment to adult education will be important assets to the organization in future years.” —press release

Hyperbaric Vermont is pleased to announce that Dr. Jenna Scott has joined the growing nonprofit in its Montpelier and South Burlington offices. Scott has been working with hyperbaric medicine since 2017 and finds it helpful in addressing complex health concerns including Lyme disease, mold toxicity, chronic fatigue syndrome, concussion, and diabetes and cardiovascular disease, as well as autoimmune disorders including Hashimoto’s, rheumatoid arthritis, multiple sclerosis, and lupus. Scott joins Dr. Grace Johnstone in providing patient intakes, prescriptions, and clinical oversight for patients seeking hyperbaric oxygen therapy (HBOT). Johnstone, the founder and president of Hyperbaric Vermont, says, “I am thrilled to have someone with the experience and understanding that Dr. Scott brings to our team. As awareness of HBOT grows and demand for our services increases, this enables us to continue providing appropriate, life-changing hyperbaric treatment to those who need it.” —press release

Mayo Healthcare in Northfield has promoted Raequel Gordon, LPN, of Woodbury, to residential care manager. Gordon will supervise and manage the care of residents, in coordination with families, staff, and the residents themselves. Gordon’s nursing career has blossomed since her first position at Mayo in 2017. “It has been a pleasure watching Raequel’s growth, starting out as an LNA, becoming an LPN, supervisor, and now manager,” stated Mayo administrator Danielle Nickerson. “Promoting growth within the company is an essential part of Mayo’s culture. Raequel’s passion for our residents is inspiring, and we are excited to welcome her into this new role.” When Raequel came to Mayo in 2017, she met a traveling nurse named Patrick, who later became her husband. Together, she and Patrick left the state to continue their education. They later returned to Mayo because they loved the workplace culture, which Raequel calls, “The Mayo Way.”  Nursing has long been a part of Raequel’s life; she remembers being a child and watching her mother attend nursing school. “I saw the textbooks and what she was doing. I wanted to follow in my mom’s footsteps, and as I got older, I realized it was in my blood.” —press release