Home Arts Gamelan Sulukala Opens Plainfield Outdoor Concert Series
Facebook
Twitter
Email
Press Release The Friends of the Plainfield Opera House in cooperation with the Plainfield Recreation Committee are pleased to announce the first performance of its second annual Outdoor Summer Series.
On Sunday, June 26, at 4 p.m. Gamelan Sulukala, Plainfield’s own Javanese Court Gamelan, will present a concert of Indonesian and American music for Javanese gamelan outside in the Plainfield Rec Field. The concert will move to the Opera House in the event of inclement weather.
Javanese Gamelan is a group, or orchestra, of about 30 instruments ranging from huge gongs to tiny flutes with lots of xylophone- and kettle-type instruments in between. Gamelan Sulukala is a full court-style complement of instruments made in Java and fashioned from bronze and iron.
Gamelan has a history in central Vermont going back to the late 1960s, when Dennis Murphy built a gamelan at Goddard College. Murphy was the first person to build a gamelan outside of Java; before that, all gamelans were only built in Java.
This concert features a variety of music ranging from traditional Javanese to 20th and 21st century compositions by Murphy, Barbara Benary, current Sulukala members Steven Light and Mazie O’Connor, and Sundanese gamelan master Nano S. Admission is by donation; pay what you can, $20 suggested. For more information visit plainfieldoperahousevt.org.
UNDERWRITING SUPPORT PROVIDED BY 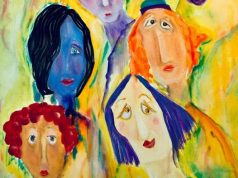 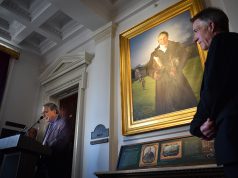