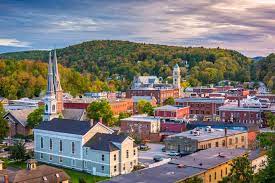 Wanting to bring new energy and perspective to efforts to expand housing resources in Montpelier, the city council created a City Housing Committee in May, and seeks nine to 11 members. Concern about the chronically unhoused and the recent rise in both construction costs and the prices of existing homes and apartments has prompted the council to update and formalize the advisory role previously served by the Housing Task Force.

The Housing Committee is charged with researching and evaluating housing-related options for the city, then proposing policy and program recommendations in accord with the Montpelier City Master Plan, including: Montpelier will have an adequate supply of safe, resilient, and affordable housing to meet the needs of all current and future residents. Montpelier will affirmatively further fair housing in order to protect all people from discrimination, promote economic opportunities, and create a more diverse, inclusive community. Peter Kelman, formerly a member of the Housing Task Force, said he urged the city to create this committee over several months, and has applied to serve on it. It is his hope to serve as chair, he wrote in an email distributed to The Bridge and other stakeholders. He said three other people he specifically recruited have applied — or plan to apply soon —  to serve on the Housing Committee. In his email Kelman said his immediate concerns include affordable housing in both rental units and homeownership; low-barrier and temporary housing for those who are unhoused; and housing possibilities on the former Elks Club property. The mission of the committee will include consultation with housing experts; state, regional, and local government; under-represented groups or individuals impacted by housing policy; engaging landlords, developers, renters, service providers, and others impacted by policy; and studying efforts made by other municipalities with the goal of finding new and creative solutions to similar problems.

In a follow up email to The Bridge, Kelman stressed what he sees as an urgent need for the new Housing Committee.  “Unfortunately, as of this writing (June 5), despite my continued urging, there has yet to be any obvious effort to fill the nine-plus positions on this committee,” Kelman wrote.” “I point this out not to cast blame for these delays on any individual, but rather to underscore how much  Montpelier needs the kind of energetic and activist approach to housing policy that I believe this genuine, official, permanent Housing Committee can provide.” City Manager Bill Fraser told The Bridge in a telephone interview Monday taht the city posted information about the committee on its Facebook page and on Front Porch Forum on June 6. Fraser noted that while the new committee was conceived of by Kelman and members of the Housing Task Force,  “the housing committee has been approved and formed by the city council. We appreciate Mr. Kelman’s interest. He is not the person who created the committee. The city council created the committee.” “Ultimately the committee will be defined by the appointing group, which is the city council,” Fraser added. “…until the council makes appointments and provides directions, other than the charge that’s been adopted, there is nobody else speaking for this committee. Right now we’re taking applications.” The city notes that “Because housing is a regional issue, committee membership could include one or more members who are not Montpelier residents but who work in or have a business interest in Montpelier.” Applicants can call the city manager’s office for more information at 802-223-9502 or fill out the application here: montpelier-vt.org/CommitteeApplication To see the more details about the Housing Committee, go to montpelier-vt.org/1297/Housing-Committee.
Stories about City of Montpelier
UNDERWRITING SUPPORT PROVIDED BY