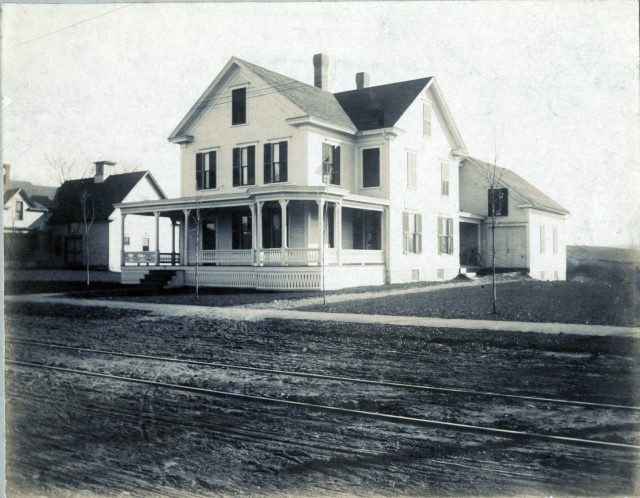 Is this the same house? It is, but this house at 61 College Street now has a different facade. This was the home of Rooney M. Harvey, who represented Topsham in the state legislature and Orange County in the state senate before moving to Montpelier in 1896. The Harveys’ son, Erwin M. Harvey, a lawyer like his father and brother, owned the house from the 1920s into the 1940s while serving as Vermont Tax Commissioner. The original porch and other design elements on this house are similar to the ones on the yellow house next door at 65 College Street, suggesting that the two houses may have been constructed by the same builder.
UNDERWRITING SUPPORT PROVIDED BY