Home Arts Movies ‘The Northman’ Film Review: Four and a Half Stars
Facebook
Twitter
Email
By Jesse Mudgett Through writer/director Robert Eggers’s freshman and sophomore feature film efforts, “The Witch” and “The Lighthouse,” we have come to expect a unique and genuine film experience filled with authenticity and atmosphere that bravely intertwines myths and legends with the experiences of seemingly unimportant outcasts of historically fascinating groups. His new film, “The Northman,” continues this trend with an impressive, large-budget Viking revenge epic that proves, whether, in the genre of low-budget horror movies or the arena of blockbuster films, we will be hearing Robert Eggers’s name for a very long time. The technical aspects of “The Northman” are of outstanding quality. Eggers’s direction and writing are precise and calculated, never letting the epic nature of the film and the large scope of the story compromise his usual confident and calculated vision. The cinematography is expertly done by regular Eggers collaborator Jarin Blaschke, who does an incredible job highlighting the jaw-droppingly gorgeous environments of the film both from a distance and up close. The intense emotions that the characters experience throughout the film are beautifully captured by the outstanding score done by Robin Carolan and Sebastian Gainsborough, who successfully capture both the exhilaration of the epic battle sequences and the melancholy beauty of the quiet environments. The film is supported by a series of outstanding performances from an ensemble cast. Alexander Skarsgård offers an intoxicating lead performance. He infuses the role with intensity and resentful-but-controlled masculine rage that effortlessly carries us through the film. Anya Taylor-Joy provides an intelligent and defiantly emotional performance as Skarsgård’s love interest. Thankfully, she avoids the damsel-in-distress cliché we are often subjected to in films of this genre. The film is rounded out by a class of scene-stealing veteran actors who all turn in excellent performances, particularly Ethan Hawke, Nicole Kidman, Willem Defoe, and Claes Bang. Although the marketing may have indicated otherwise, “The Northman” shares more DNA with Eggers’s previous films and classic Norse mythology than with the disingenuous Viking epics or the flamboyant revenge films whose popularity has increased greatly in recent years. In many ways it is an honest reaction to the two genres, often defying the stereotypical situations and forced glamor set up by both. The revenge and violence in this film are gritty and dark. Although those battle sequences are exhilarating, there is a certain brutal realism that never allows the viewer to enjoy them, only experience them. There are no clear heroes or villains in this world; there are only perspectives and tragic losses caused by the barbarity of the characters. Unfortunately, it is very likely that Robert Eggers will be kept on a short leash after the disappointing box office results of “The Northman.” However, as we have learned from his previous low-budget film efforts, Eggers can make just as much of an impact on a short leash. Even if its results at the box office may leave a momentary stain on the film, “The Northman” is a triumphant success, and the greatness of the film will be remembered far longer than those results.  “The Northman” is currently playing in theaters and will be released on digital Friday, May 13. I would highly recommend viewing this outstanding film as soon as possible, no matter what format you view it in. Jesse Mudgett, a senior at Cabot School, plans to study media and communications at Castleton University in the fall.
UNDERWRITING SUPPORT PROVIDED BY 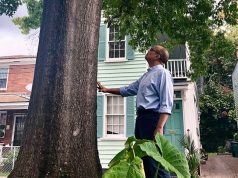 ‘Who We Are’ Corrects the Record During Black History Month 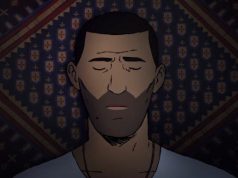 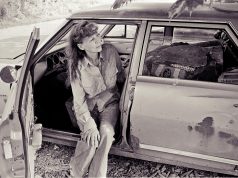