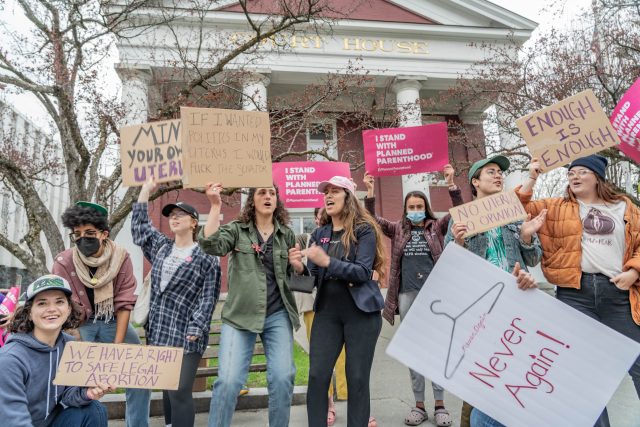 Protestors took to the streets in front of the Vermont Supreme Court last week, after a Federal Supreme Court draft court decision leaked to the press about its plan to overturn Roe v. Wade, ending 50-plus year ruling that considers abortion a private matter between a woman and her doctor. Photo by Terry Allen.
UNDERWRITING SUPPORT PROVIDED BY