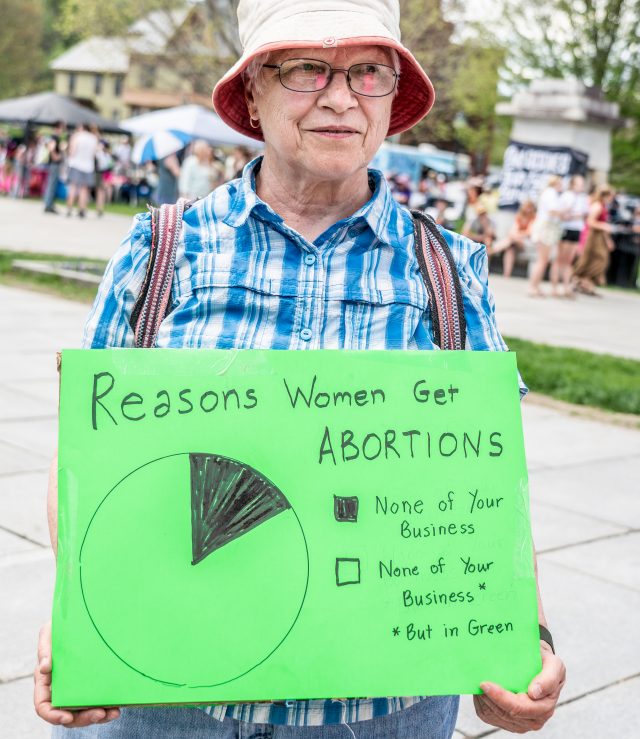 Rebecca Sheppard of Montpelier, above, was one of nearly 1,000 attending the Planned Parenthood Vermont Action Fund “Bans Off Our Bodies Rally” at the Vermont Statehouse May 14. “If women don’t have control over their reproduction, they have no control,” Sheppard said, adding that she’s been showing up at reproductive rights rallies for more than 50 years. “I’m horrified at what’s going on right now,” she said in a telephone interview after the rally, referring to the possible overturning of Roe v. Wade, thereby no longer guaranteeing pregnant people autonomy over their bodies. Vermont’s Proposition 5, up for vote in November, would guarantee reproductive liberty as a fundamental right in the Vermont Constitution. Photos by Terry Allen.
UNDERWRITING SUPPORT PROVIDED BY