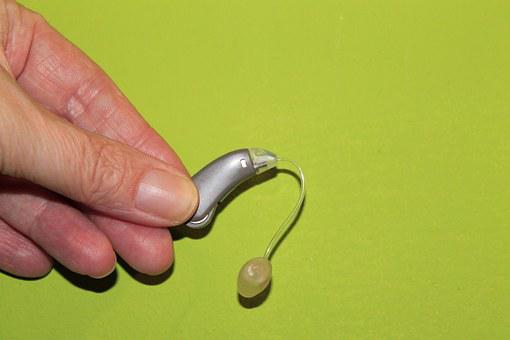 The coalition of Vermont organizations Hear! Hear! Vermont celebrated a hard-won victory last week when bill H.266 became state law. The bill, requiring insurance companies to cover the cost of hearing aids, passed the House and the Senate on April 29 and was signed by Governor Scott on May 11. “Finally, Vermont will join other northeastern states in requiring insurance companies to cover an essential health need,” said Deb Charlea Baker, a communications consultant and advocate. “The passage of H.266 is huge.” The coalition, which includes the Community of Vermont Elders (COVE), AARP-VT, the Vermont Chapter of the Hearing Loss Association of America, and others, had been working “for decades” on legislation to “bring equity to Vermonters with hearing loss,” said COVE Executive Director Ruby Baker.  “After many years of trying to pass the bill and failing, we knew it would be an uphill battle,” Baker said. “Policy change is a long game, so whether it took one year or 10, we were prepared to do what it took.”  With the passage of H.266 “roughly 250,000 Vermonters will have coverage for hearing aids under their insurance,” Baker said. “That includes those on Medicaid, Affordable Care Act plans (Obamacare), and some employer plans.”  Medicare, which is federally funded, will not be affected by H.266. But Ruby Baker noted with many states adopting similar laws there is “mounting pressure” on the federal government to add the benefit to Medicare plans.  “COVE will continue to push for coverage at the federal level,” she said. Multiple reports have linked untreated hearing loss to social isolation, cognitive decline, unemployment, and decreased quality of life.  A study by Johns Hopkins found that untreated hearing loss is linked to a three-fold risk of falling. According to the 2016 Vermont Behavioral Risk Factor Surveillance Survey, 116 adults aged 65 and older died in Vermont as a result of a fall and more than 1,600 were hospitalized.  Deb Charlea Baker said the coalition was formed due to “witnessing the pain and damage of untreated hearing loss” throughout the state. Ruby Baker said the law represents a big win for older Vermonters. “The system of services and support that helps Vermonters as they age is underfunded and struggling,” Baker said. “The more bills like this that address the needs of Vermonters starting in their 40s and 50s, the better off we will be.” The new law will go into effect by January 1, 2024. Mara Brooks has been the editor for several community news outlets throughout Vermont, including The Bridge.
UNDERWRITING SUPPORT PROVIDED BY