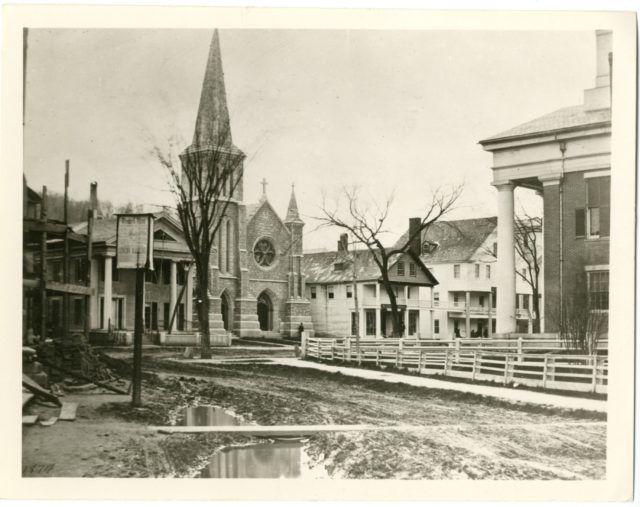 This is what mud season looked like at the intersection of State and Elm streets in 1874! The streets had not yet been paved, and planks were placed across the mud to keep pedestrians’ feet somewhat dry. This photograph shows that the south side of State Street was once crowded with buildings before parking lots became a necessity. Christ Church was flanked by three Greek Revival structures that are long gone. The spire of the church’s steeple was removed in 1963 when blasting for the improved road on the other side of the river caused structural damage. The corner of the bank building at the northeastern corner of State and Elm can be seen under construction at the left edge of the photograph.
UNDERWRITING SUPPORT PROVIDED BY