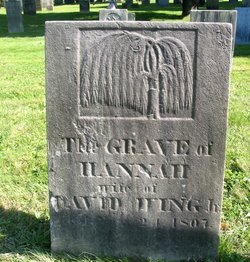 The earliest permanent white settlers were only able to live in the wilderness of Montpelier in the late 1700s and early 1800s by practicing extreme thrift — particularly in dress. Daniel P. Thompson notes in his “History of Montpelier” that developing a community in Montpelier had been possible because of settlers’ “individual thrift in their aggregate wealth and pecuniary independence.” Showing off fancy clothing was frowned upon — almost unknown. People dressed plainly, wearing hardly anything other than what they made on looms and spinning wheels. Consequently, nearly every household had equipment to spin and weave. Typically, Thompson writes, the mothers wove cloth using their own wool spun by their daughters. Flannels were “dressed and pressed” for the best winter gear. Women used flax to make linen gowns and aprons for summer. However, almost every rule has exceptions. It made history when “the first silk dress that was ever purchased and brought into Montpelier for one of its lady residents was one obtained for the wife of Judge David Wing, and was first worn by her at a meeting.” The dress was worn by Hannah Davis Wing, a daughter of one of Montpelier’s first settlers, Col. Jacob Davis. Thompson interviewed “an aged lady,” who told him about the occasion. The garment was worn to a meeting held in one of Colonel Davis’s new barns. “Hannah, that is, Mrs. Wing, came in with it on, and made quite a sensation among us, but being so good a woman, and putting on no airs about it, we did not go to envying her. We thought it extravagant, to be sure; but as her husband had just been elected secretary of state, and might wish to take her abroad with him, we concluded at length that the purchase might be perhaps, after all, quite a pardonable act.” Insight into the fond emotions that may have spurred Judge Wing to make such a lavish purchase can be found in his letter of marriage proposal. Handwritten by David Wing to Hannah in 1791, and preserved at the Jones Library in Amherst, Massachusetts, Wing wrote that if he were “permitted to spend the remainder of my life with you, I should esteem myself as happy as mortals are allowed to be.” Apart from this one jaw-dropping display of wearable opulence, Thompson describes how women did not generally own or wear ribbons, lace, or even bonnets. They usually wore small fur hats made in local Vermont towns. But in time, a merchant set up shop in Montpelier to sell already manufactured “female attire.” Spinning and weaving quickly fell by the wayside.
UNDERWRITING SUPPORT PROVIDED BY 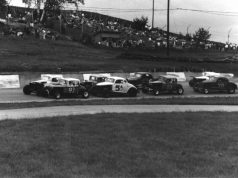