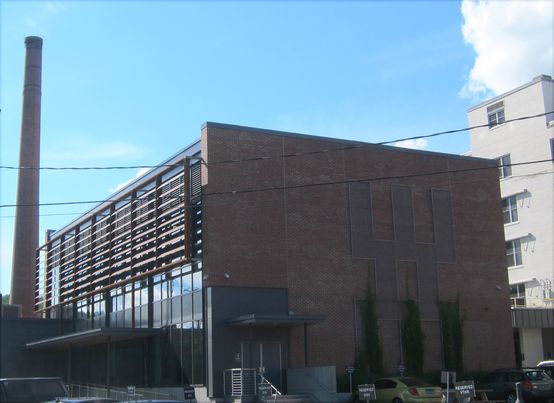 Our downtown is our face to the world and, in many ways, to each other. But Montpelier is seeing a pile-up of challenges, especially with a decline in its commuter economy coupled with the sharp rise in energy costs. There is a genuine fear that our past prosperity can be threatened. I was made deeply aware of these challenges when I was recently privileged to hold in-depth conversations with a variety of leaders from different sectors of the Montpelier community. My work was prompted to see what knowledgeable people think our little city needs to do in preparation for the effects of COVID-19 and impending climate disruptions. I was struck with the almost universal concern about the future of our downtown in the face of the growing challenges. The major questions seemed to be “What will happen if the commuters don’t come back?” “How are we prepared for emergencies?” These challenges have increased recently with the cut off of oil from Russia, along with growing energy inflation. Keeping our downtown warm is going to be a constant source of concern, especially since we live in a climate that requires indoor heat for six months a year.  Luckily, we have a potential savior from energy inflation in our downtown, a wood-fired district heat plant. What? District heat plant? I can hear the derision already. But hear me out. A spirited debate has been ongoing whether the city should purchase an old golf course, far from downtown, for future development. Many of those opposed to the purchase complained that the city has a history of poor investment decisions. Our wood-fired district heat plant, built eight years ago, was most often cited as an example of city incompetence. A common complaint was that this project has only been a source of lost revenues and has lacked real oversight for years.

I sat on the Energy Advisory Committee when the system was designed and built in 2014, and, at the time, we were all quite proud of what it could do for Montpelier. Back then, as heating oil was heading to $4 per gallon, the wood-fired district heat system was projected to be competitive with oil at $3.30. However, for the past few years, the debt-fueled fracking bubble has kept the price of oil down, even below $2.50. Subsequently, the service wasn’t as economically attractive as intended. On top of that, the local delivery system has lacked focused local management for years. As a shared investment with the state, the city’s portion has languished while gaining a reputation for mediocre performance.  Nevertheless, with heating oil now going for around $5 a gallon, a projection of the old estimate of an equivalent cost of $3.30 seems pretty darn good. And let’s be honest, a deteriorating international oil supply crisis, coupled with the threat of growing demand for oil around the world, probably means that the cost of oil is only going to go higher. So, what can Montpelier do to make the investment in the heating plant really pay off?

What We Should Do

First, the city needs to do a substantially better job of developing, maintaining, and extending the system so it starts living up to its promise and stops being seen as an example of city mal-investment. This means that the city’s management needs to get behind it and treat it as a beneficial “heat utility” that can provide our downtown’s businesses, housing, and institutions with dependable, relatively low-cost service for the long haul.  Of course, this can happen only if the city chooses to make investments in the management and system upgrades desperately needed to make it truly workable. It needs to operate like other utilities that have the capacity to bond for such construction and amortize the cost over decades. Right now, anyone who wants to connect to it must pay all connection and construction costs, such as street cuts and materials. That is a really hard sell. There are other technical issues as well, including customer complaints of inadequate performance. A recent engineering report on the system’s performance appears to show the system has the capacity for adequate performance in heat delivery at a base level. However, many issues need attention. How will needed expansion and management be created and funded in the current vacuum? At this point, our state partner in the system doesn’t want to provide the originally promised British thermal units. The city needs to initiate an energetic negotiation with those overseeing a hidebound state bureaucracy to re-establish the original terms.

The bones of a credible service are there, and making it really customer friendly and immediately affordable would rapidly broaden the demand. So, the most important thing we need is trust. Our city administration must show a lot more inventiveness and support for this community resource. Future plant managers need to build the trust of potential customers, ensuring that their concerns and conversions are handled professionally, rapidly, and affordably. The near future is going to be sending us a lot of economic, energy, climate, and risk-management challenges. To meet those challenges, we need to start creating more effective local responses that will serve our basic needs. Montpelier’s downtown could thrive in this challenging future if its businesses were not worrying about such basics as a predictable cost of their heat. The city of Montpelier could discover that, by rapidly giving it some tender loving care, the district heat plant could become one of the smartest investments it has made. Oh, and it doesn’t require much oil to run, so it can be a big boost to our local climate commitments as well. Dan Jones is the founder of the Sustainable Montpelier Coalition and a creator of the Sustainable Montpelier Design Competition.
UNDERWRITING SUPPORT PROVIDED BY