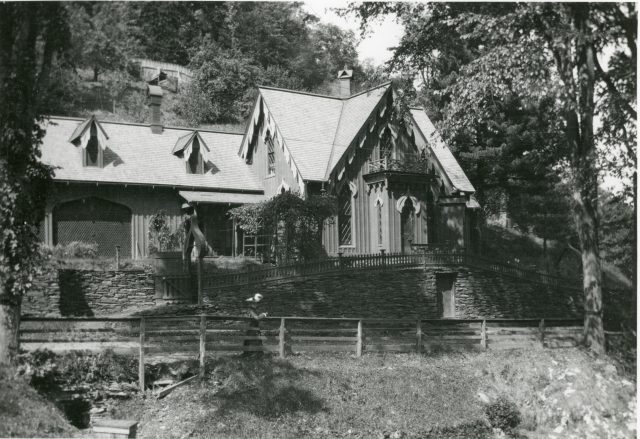 Today, Northfield Street seems a busy place for a summer home, but in 1850 when aspiring artist Thomas Waterman Wood chose the site for his carpenter Gothic cottage “Athenwood,” the street was a country lane overlooking the capital city. The house was built by Montpelier carpenter Franklyn Hoyt (later the subject of one of Wood’s best early portraits) based on published plans and Wood’s own original touches. The name of the house is a play on the name of Wood’s bride, Minerva. (Minerva is the Roman goddess of wisdom and Athena is the Greek goddess of wisdom.) As Wood’s reputation in art circles grew, he lived in various cities around the world but returned to Montpelier whenever he could. In 1895 he created the gallery in Montpelier that bears his name. Wood died in New York in 1903 and is buried in Montpelier’s Green Mount Cemetery.
UNDERWRITING SUPPORT PROVIDED BY