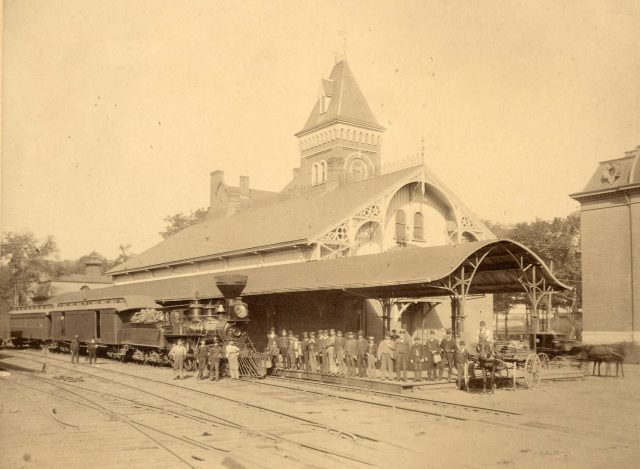 The Central Vermont Railroad bypassed Montpelier, but for portions of the 19th and 20th centuries a busy spur line connected a station across the street from the Statehouse to the economic lifeline of its time. In 1880 the original 1850 station was rebuilt in a Victorian style with a tower and attractive passenger canopy. Passenger rail service to Montpelier proper ended in 1938, and the station was demolished in 1963. The area where the station once stood is now occupied by the People’s United Bank and a parking lot. Buildings in both photographs are, from left to right, a carriage house at 120 State Street, the 1891 National Life red stone building (seen just above the railroad station roof), and the 1870 Vermont Mutual building.
UNDERWRITING SUPPORT PROVIDED BY