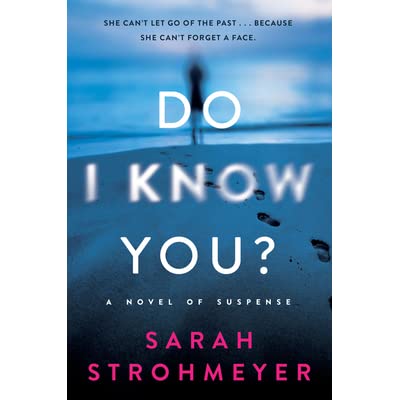 I’ve known our Middlesex town clerk, Sarah Merriman, for years. I’ve stopped by to pay property taxes or to use the town hall for yoga class. And I’ve chuckled at quips on Front Porch Forum, written with flair and humor amid bland town hall reports. It turns out, she IS a writer — a successful novelist whose recent thriller, her 18th novel, “Do I Know You?” received a favorable review in the New York Times recently.  As the writer Sarah Strohmeyer, she travels often to literary events. Because of that, she discovered the plot device for this novel when stopped by security at London’s Heathrow Airport. In 2002, after the infamous “shoe bomber” episode, she ended up on a watch list for potential terrorists for two reasons: her publicist had purchased a one-way ticket, and her married name, Merriman, did not match her professional name, Strohmeyer. Detained by polite British security, she learned that Scotland Yard employed “super recognizers,” who see beyond disguises to identify, say, IRA bombers.  Strohmeyer’s protagonist, Jane, is blessed — or plagued — by this ability. Jane struggles with mental instability, which causes her, and others, to question her sanity as she seeks her sisters kidnapper.   Cape Cod’s natural beauty, and tension between locals and the wealthy, play a pivotal role in the novel as Jane searches for the truth. She casts a wide net among relatives, police, and the wealthy Pease family.  Strohmeyer spent childhood summers at the Cape. “My mother could rent a rustic cabin for $200 for two weeks, and I absolutely loved that beautiful island, even with the heat and bugs,” she said. Returning for Thanksgiving this year, she was distressed to see that storms had removed beaches, and the once rustic cabins are now chic and unaffordable. Obsessed by finding the person responsible for her sister’s disappearance 11 years earlier, Jane infiltrates the “Pease and Love” property, where they sell “self care” items to the willing and moneyed. Strohmeyer’s satirical edge is delightful, with snarky descriptions of ridiculous fashion and outrageous spending on a rehearsal dinner for a wedding.  Although a fast-paced thriller, “Do I Know You” contains high comedy, such as the houseguests from Hell and social media “influencers” who hardly look up from their devices.  Strohmeyer and I talked about the joy of discovering the layers of a story through the eyes of an unreliable narrator, with Jane’s mental instability causing her — and the reader — to question her perceptions. Exploring diverse perspectives is one of the author’s “fun tools” Strohmeyer adds, and gives us a hint of her upcoming novel, set in Vermont from the viewpoint of a middle-aged town clerk. She wisely has decided to avoid lampooning the neighbors.
UNDERWRITING SUPPORT PROVIDED BY