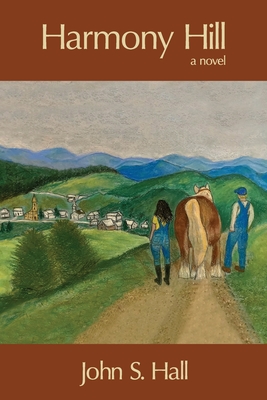 Am I the only Vermonter who didn’t know farms set tires on top of a huge tarp-covered hill? John Hall of East Montpelier’s Fairmont Farm had the answer, and many more, about farm life today, and before the age of mechanization in his fourth novel, “Harmony Hill.” The answer has to do with keeping oxygen out of corn silage to prevent aerobic spoilage, and involves the whole family in set-up. Hall comes to this knowledge from a lifetime of farming. In retirement, however, he has enjoyed writing fiction to express his love of farming and Vermont community.  Jubilation Brown, the teenage protagonist in “Harmony Hill,” takes on responsibility for the family farm, and so did Hall. “‘Write what you know,’ they say,” Hall explains. “Jubal’s story mirrors my background.”  “When my dad went to school to study for the ministry, I took on the chores during eighth grade in Bennington. I was proud to be entrusted with that responsibility, and when I was late for school, the principal said I was the only one who didn’t need an excuse.” After studying agricultural economics at UVM, Hall served as a 4-H extension agent, and then in 1965, with his wife Donna, bought a dairy farm in East Montpelier at a time when there were 45 other farms in the area. In 1992 various branches of the growing Hall family collaborated with neighboring farmer Austin Cleaves to combine operations.  In “Harmony Hill,” the Philco radio broadcasts about events in Europe and the Pacific portending war as local citizens worry about being called to the conflict. Hall remembers pre-war events from his childhood, the food rationing, and stickers on windshields that determined fuel allocation. In Bennington, gas stations often recognized the special needs of farmers and sometimes gave a little extra gasoline.  “I heard these stories when our family was gathered around the table for meals,” Hall recalled. “Getting enough fuel was a concern for my parents.”  In 1941, farm mechanization had not yet hit. Most farm work relied on human and horse power, whereas after the war, bailers, gutter-cleaners, and new tractors revolutionized farming. Hall remembers going to a weekly sale in Cambridge, N.Y. in these years and was saddened to see that the work horses for sale had no value. The book’s character Uncle Benny has cognitive impairment but finds a valued and respected place in the farm and in family life. So too did Karl, a farmer worker who Hall, as a child, loved to follow around. “In those days, every farm had a dump, and we would bring trash to it with a horse and wagon. Karl asked me ‘How would you like to be a teamster?’ and he let me drive the horses.” Another autobiographical connection comes from a desperate character offered a ride in a Model A Ford with a family of starved gospel-singers who found room for one more. In his student days, Hall hitch-hiked from Bennington to Burlington and got picked up by a similar family. Many of the episodes in “Harmony Hill” highlight kindness shown to strangers from folks who have very little themselves.  “Harmony Hill,” although at times sweet and heart-warming, avoids romanticizing farm life. The boy’s father, Clyde, an alcoholic, is useless around the farm, and his wife spends their precious money to keep him in booze. Hall reflects that the nature of farming brings with it a huge amount of tension. The margins of milk sales are narrow, and work is weather-dependent, often ruining plans of planting and harvest. He understands why some farmers find solace in a six-pack at the end of the day. Another character, the resilient Lizzy, comes from a hardscrabble and violent family and yet rises above her background to manage an IGA store and become a respected member of the community. Another troubled character finds comfort in religion, although a subplot involves corrupt church leadership and a heroic town librarian who helps Jubal solve a mystery. There are moments of humor and the joys of young love amid the exhausting work of keeping a farm. One realistic and disturbing thread that runs through the narrative is sexual assault. Jubal’s mother is raped as a young woman, and her son is not sure of his biological father, who still lives in town. Another plot thread follows a violent sexual assault of a girl and her resulting trauma. Friends and community members struggle with how to respond to her anguish and how to find the perpetrator. To learn more, Hall says it was a “good move” to hire an editor, Amabelle Siorghlas, who, as a survivor, provided perspective on trauma and recovery. “It bothers me that abuse in the home is still accepted in some circles,” Hall muses. Readers with a knowledge of farming will recognize in the story realistic details of farm life. Those with little farm experience will learn of the nuances of growing, harvesting, and grading “patatas,” or the reason for those tires on the silage mountain, but still recognize the characters from their rural experience in Vermont. The dialect rings true even today. What is John Hall doing now? He helps with errands for the farm, such as driving to the slaughterhouse in Lyndonville. (The market at Fairmont Farm sells beef, lamb, and pork.) And he writes. In the works, a sequel to “Harmony Hill,” taking this community and characters into the war years — with a few surprises on the way. (I hope my favorite character, Lizzy, has a major role, and I hope Jubal can stay on the farm after Pearl Harbor. ) Linda Radtke lives in an old farmhouse in Middlesex.
UNDERWRITING SUPPORT PROVIDED BY 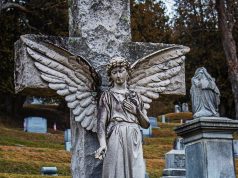