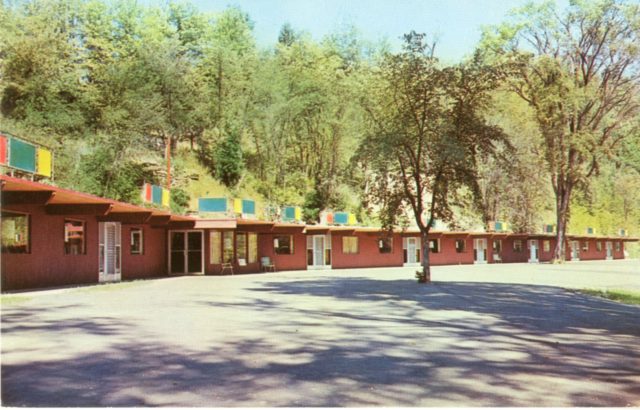 In the 1960s there were two motels on Northfield Street on either side of the Brown Derby Supper Club: Sowma’s Motel and the Brown Derby Motel. All three establishments were owned by Montpelier entrepreneur Abe Sowma. The postcard above shows Sowma’s Motel in its heyday with colorful panels on the roof. It was part of a burst of motel construction in the Barre-Montpelier area in the early 1960s. Today, the motel features two stories and a covered front hallway and is known as the Econo Lodge. The Brown Derby motel, which featured heated garages next to each unit, is long gone, and the nearby restaurant was demolished in 2018.
UNDERWRITING SUPPORT PROVIDED BY