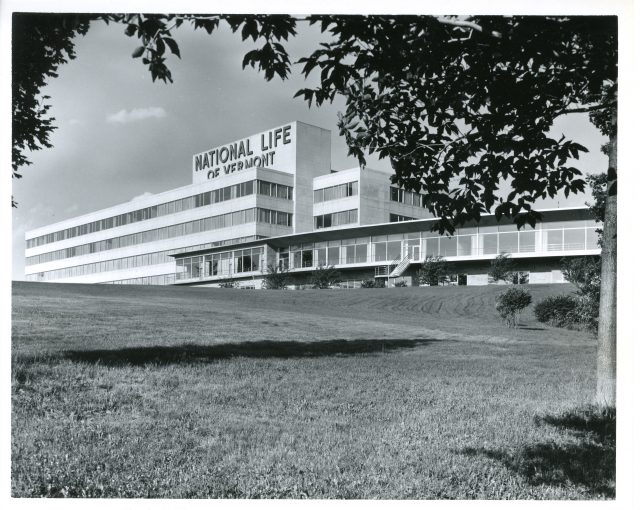 When National Life Insurance Company opened its seventh headquarters building on a hill overlooking Montpelier in 1960, it made a bold statement. National Life built a sleek, international-style building with landscaped grounds, a sweeping driveway, and a large sign facing the new interstate highway. Mid-century modernity had come to Montpelier! Today, the building looks much as it did when it opened except that an addition was constructed in 1985 and reflective windows, black mullions, and bands of pink granite were added in 1991.
UNDERWRITING SUPPORT PROVIDED BY