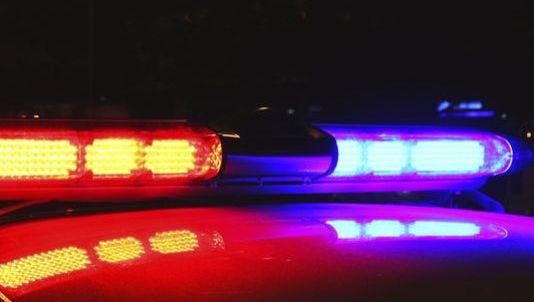 Training for Montpelier’s police officers to recognize and appropriately deal with human trafficking is among the policing policy initiatives that Chief Brian Peete presented to the city council at its Nov. 10 meeting. The existence of human trafficking in northern New England is a reality, Peete said, indicating his own surprise at its prevalence. “I am seeking a trauma-informed approach to dealing with human trafficking, which is happening in Vermont and in Montpelier. But we haven’t had the training to recognize it,” Peete said. Specific training will address trafficking and the role of the dark web in propelling it, he added. Peete’s presentation, a response to the Police Review Committee report released in September, focused on the areas of training that will impact the upcoming budget. He emphasized cost savings are available by seeking training opportunities through partnerships with local human services organizations such as Washington County Mental Health and Good Samaritan Haven and through state and federal grants. At the outset of the presentation, City Manager Bill Fraser noted that “We are not looking for final approval but want you to have a chance to pose any objections you might have.” Overall, Peete sees the role of officers to be framed by a policy of “minimal use of force” and having social and peer support workers take the lead in situations where criminality is not involved. This perspective is a matter of state law passed by the legislature earlier this year. Peete also thanked the committee for its extensive work in preparing the report during a year challenged by both political and pandemic strife. “I want to publicly thank the [committee] … I’m not kissing up, because it was not a pleasant experience. You have to take a look at yourself and that’s never easy,” Peete said.

Among the initiatives that will impact the budget are acquiring body-worn cameras, expanding the availability of social and peer support workers, replacing expired body-armor equipment, purchasing and maintaining new technology to improve data transparency, and sending lead officers for specialized training that can then be shared in-house. An example of training through that model is understanding and appropriately responding to adolescents, Peete noted, pointing to Washington County Mental Health as a local resource. Other training may involve the cost of sending an officer to national programs. Peete noted that Montpelier’s tradition of community-engaged policing was a significant factor in attracting his interest in working here. He wants to expand that engagement. “We aim to be the best police department in Vermont,” he said, referring to the “Madison Model, which puts protecting safety and lives first, property second.” Joining Peete’s presentation was Dan Towle, a member of the and an advocate for mental health services. Towle serves as a volunteer with mental health organizations at both the state and national levels. For Montpelier, Towle supports adding a full-time peer support worker and increasing the half-time status of the current social worker to full-time. “I try to be the voice for people who have mental health conditions or are ‘otherly abled,’” Towle said. His objective is moving toward a “progressive, person-centered program.”

Attending the meeting remotely was Alexander Popof of Visual Labs, a Colorado company that has developed smartphone-based body camera technology that has positively impressed Peete. Unlike other body camera companies in the market, Visual Labs is a software company that uses existing hardware, Popof said. “Body cameras tell the truth and minimize liability problems. Unlike the hardware body cameras, the smartphone-based software provided “real-time officer positioning via GPS and real-time situational awareness via the connectivity of the smartphone,” he added. The proposal by Visual Labs will be among those to be considered by the council during the upcoming budget process. Other body camera vendors that will potentially be considered include Axon Enterprise and WatchDog, among more than a dozen others.

With the submission of its report, the work of the committee is formally complete, but members attending the city council meeting confirmed they will participate in further discussion of the report as individuals. Committee chair Alyssa Schuren expressed concern that notice about the evening’s agenda had come less than an hour before the meeting opened. Fraser apologized for the late notice and assured Schuren that more timely announcements will be made when the topic is on the agenda for future council meetings. Schuren said she will poll committee members about who will be the point person on specific issues involved in the Police Review Committee report as the council and the police department continue to review the report and discuss its implementation.
UNDERWRITING SUPPORT PROVIDED BY