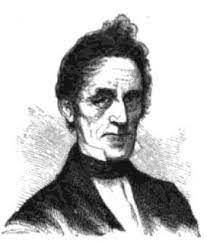 With Thanksgiving days away, the subject of food absorbs many of us. Getting food was all-consuming for early settlers. On the first foray to the first permanent white settlement in Montpelier, womenfolk stayed behind in Brookfield while the men went up to build their homestead, wrote Daniel Pierce Thompson in “History of the town of Montpelier from the time it was chartered in 1781 to 1860.”

Col. Jacob Davis, credited as being the town’s first permanent white settler, had to survive with his sons in the wilderness. They had no kitchen, but they did have an iron pot, a frying pan, and a “bake-kettle in which they boiled their vegetables; stewed or baked their beans; boiled or fried their pork, fish, and wild meats; and baked johnny-cakes and some of their bread.” But most of their bread came from Mrs. Seth Putnam, one of the founding settlers of Middlesex.

Thompson recounts events in the life of Davis’s son, Thomas, who he interviewed around 1860. On summer mornings, Davis would gather pails of “fine trout” from the stream near their house in time for breakfast. Trout weighing four to five pounds were often caught in the larger streams — or so Davis told Thompson.

Thomas Davis, the youngest son, was deemed errand boy. It was his job to ride a horse to Middlesex to get bread from Mrs. Putnam, and his travels were fraught with danger. One evening, at dusk, Thompson writes, Davis was returning on horseback from the Putnam’s when he encountered a bear. As Thomas crossed a deep, muddy brook on a rustic bridge, the large bear rose up in front of him. Thomas managed to whip his horse, so it galloped past the bear and they arrived home intact with the bread. Another time the family lent a large bear trap to Jacob Fowler, who set the trap near the mouth of Berlin Pond. Fowler caught a giant bear and feasted on bear meat.

During one of their first winters, two men stayed with the Davis family after encountering five moose trapped in snow. The men had killed the moose and brought as much meat as they could carry on snowshoes. Thomas Davis went back with a bag of salt on his back. He dug out a trough in a hemlock log, “salted down the moose, securely fitted into the top a basswood slab, and left it till the spring. Then, when he returned in spring with a horse and a large pair of panniers, he found his moose beef all safe, and transported it homeward through the woods, and thus furnished the family with a supply of good corned meat for most of the summer season.”