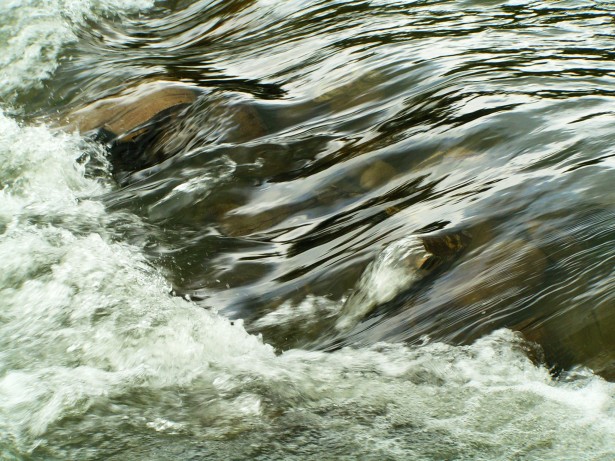 More than three dozen people attended last week’s city council meeting to discuss a draft permit that adds five years to Montpelier’s 27-year history of taking landfill leachate at its wastewater recovery facility. At issue is the relatively newly understood grouping of chemicals concentrated in leachate: “PFAS,” per- and polyfluoroalkyl substances. PFAS do not break down, are found everywhere, and have been linked with cancer, thyroid disease, and serious pregnancy complications. Residents and city councilors voiced concerns that Montpelier is the only remaining municipality in Vermont willing to process PFAS-contaminated landfill leachate.  “Collectively, we all have some responsibility for PFAS and leachate,” said District 2 Councilor Conor Casey. “We’re the only municipality doing this now. Are we disproportionately putting our community at risk and this region at risk?”  Discussion started with a presentation from Peter Walke, Commissioner of the Vermont Department of Environmental Conservation, and Nick Giannetti, pretreatment coordinator with the Watershed Management Division in DEC’s Wastewater Management Program. Walke and Giannetti reviewed the details of draft permit #3-1406 to New England Waste, Inc., which includes three landfills owned by Casella Waste Management: the Coventry landfill; a landfill in Bethel, N.H., and the closed CV landfill in East Montpelier.  Montpelier is named in the permit as the sole receiver of landfill leachate in Vermont, capping daily volume at 60,000 gallons, although city officials say they do not anticipate accepting more than the average 27,000 gallons per day currently received. It also defines monthly, quarterly, and bi-annual monitoring of 23 substances, with a special emphasis on PFAS, including a requirement to study methods to filter PFAS out of leachate. It states that “This permit does not constitute authorization by the City of Montpelier to discharge leachate to its [water recovery facility],” and Montpelier “has the right to restrict or limit the discharge of leachate to their [facility].” “This is a hard one for me because I’m an indigenous woman and I’m a water protector,” said District 3 Councilor Jennifer Morton. “I’m trying to think of what’s best to do … I don’t want to push this off to another neighborhood because that always happens. I don’t want it to keep coming here because it’s affecting our children.” “PFAS are a grouping of chemicals, about 4,000 strong, that are in various products and uses all around us,” Walke told the council. “They’ve been used in our clothing, in our furniture, in our carpets, in our ski wax, our firefighter foam, for decades. … What you are seeing here, relative to Casella’s leachate, is the things we all collectively throw away coming back to us. It’s not going away.” Walke said the ultimate goal of the permit is “for the permittee to explore a treatment system to remove PFAS from leachate.” To meet that goal, he said the permit allows four months to develop a plan for the study about how to filter PFAS from leachate, two years to implement the study, and a report on the study findings at the end of the permit’s third year.  Residents and city council members shared concerns about the permit’s provision that Casella, rather than the state, conduct a study detailing how to filter PFAS out of leachate, wanting more than quarterly monitoring for PFAS, and concerns that the required study timeline of three years seems long. “Why is Casella being given the deference to come up with a plan instead of you all?” District 1 Councilor Lauren Hierl asked Walke and Giannetti. Montpelier resident Shaina Kasper said she has been cofacilitating a national PFAS coalition and is “really concerned about these chemicals.” “I want to make sure the community is protected, and [we are] protecting drinking water,” Kasper said. “We need to start a clock in committing to not taking PFAS-contaminated leachate.”  Montpelier has been processing landfill leachate since 1994. It currently accepts more than 10 million gallons of landfill leachate annually; at last count in 2020, the city gets compensated in the neighborhood of $417,000 per year from Casella Waste Management for doing so.  Kurt Motyka, Montpelier’s deputy director of public works and city engineer, explained that the limit to what the water facility can accept is not volume, but the “BOD,” biochemical oxygen demand, or, as Chris Cox, Montpelier’s chief operator of the water facility, put it, “the amount of organic waste in the water.” Cox said the Montpelier facility limits the biochemical oxygen demand at 30 parts per million monthly; that limit drives the amount of leachate the facility can accept. The only way it can increase volume would be if the leachate were diluted.  In other words, the plant is already accepting what it can process and won’t be taking a higher volume in the future, Motyka said, even though the permit calls for a maximum of 60,000 gallons per day. The permitting process allows written public comment until Dec. 24, 2021, after which the draft permit may be revised. Once issued, the permit is slated to expire in 2026. City councilors said they will submit a written comment from the city later this month. To see the draft permit go to anrweb.vt.gov/ANR/vtANR/DocBrowser.aspx?
Directory=/DEC/WSMD/Wastewater/PublicNotice/3-1128 Comments can be submitted to anr.wsmdwastewater@vermont.gov or mailed via the post office to the Agency of Natural Resources, 1 National Life Drive, Davis 3, Montpelier VT, 05620.
Stories about PFAS and Water Quality
UNDERWRITING SUPPORT PROVIDED BY