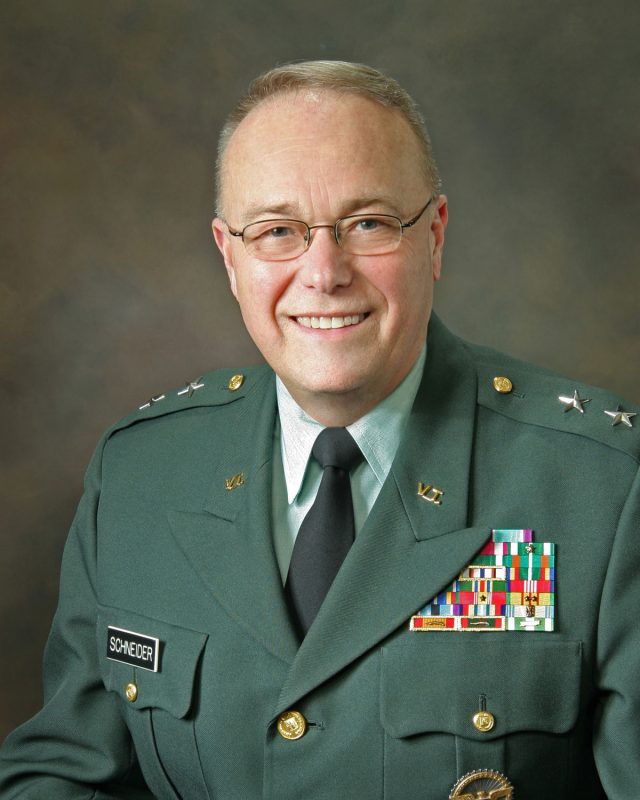 The Citizen Soldier Award is in its second year; its first recipient was former U.S. Sen. Bob Dole, R-Kan.

In the Museum and Library’s announcement, they stated: “The Citizen Soldier Award stands to honor a person who exemplifies the traditions of the citizen soldier set by George Washington; a person who served the nation as a leader in war and in peace, for the betterment of the common good. Dr. Schneider personifies these qualities through both his service in the military and his achievements on the home front.”

Pritzker Military Museum & Library Founder, Colonel (IL) Jennifer N. Pritzker, IL ARNG (Retired), stated: “In advancing the promises of the next generation of the citizen soldier, Dr. Schneider has stood with us as a dedicated partner. His commitment to the principles of sacrifice and service, both in himself as well as in the next generation, showcases why he truly deserves the Citizen Soldier Award.”

During his Norwich University presidency, Schneider often echoed university founder Capt. Alden Partridge’s credo that students should emerge from their studies as citizen-soldiers — people who can serve and advance the country and lead everywhere, from the boardroom to the battlefield.

“Through the years, my work at Norwich University has aligned with the ideals and mission of the Pritzker Military Museum & Library,” Schneider said in the statement. “I am pleased, humbled and honored by this recognition of my efforts and contributions to bettering society’s understanding of the values of the citizen-soldier and in commissioning thousands of future officers to serve our nation.”