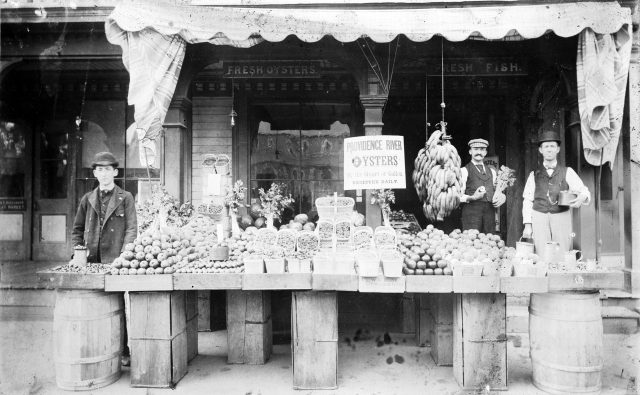 Was produce sold on the streets of Montpelier in the 1880s or was this bountiful display created for the camera? Probably the latter. This fruit is arrayed in front of Frank M. Corry’s market at 128 Main Street. Notice the sign for oysters, which were very popular in Vermont in the late 19th century. Corry had several businesses in the city and held various offices, including mayor. He died in 1941, and the building was sold to E.T. Seguin, who renovated the building with a new facade and opened a “Firestone Store,” selling hardware, sporting goods, and toys. The current portico is a later addition.
UNDERWRITING SUPPORT PROVIDED BY

History Corner: The Earliest Schools in the Settlement