Montpelier officials will once again look to fill a seat on the city council in District 3 as Councilor Dan Richardson is expected to resign to become the city attorney for the city of Burlington, according to a news release from Burlington Mayor Miro Weinberger.

Richardson, who specializes in municipal law for the Montpelier firm Tarrant, Gillies, Richardson & Shems, was first appointed in late 2019 to fill a council seat vacated by Ashley Hill. He then won a three-way special election in March 2020 to serve the remaining year of Hill’s term. He was re-elected to a full two-year term in March 2021.

The city council’s recent policy when a member resigns has been to request that interested residents send a letter stating why they want to serve on the council along with a petition signed by at least 20 district residents. The council would then select an interim member until the next city election, likely March 2022. There is, however, no prescribed method for replacing a council member. The city charter merely states that the council will replace the member. The city council meets twice this month, on Aug. 18 and Aug. 25.

Weinberger announced Richardson’s hiring on Aug. 3. The Burlington City Council must approve the appointment at its meeting on Monday, Aug. 9. If approved, Richardson would then resign his council seat, according to Weinberger’s news release.

“Dan’s wealth of experience makes him the clear best candidate for the critical position of city attorney,” Weinberger said in the release. “His knowledge of municipal law, skills in litigation and mediation, professional integrity, and superior work ethic will make him an outstanding leader in the city attorney’s office. I am pleased to welcome him to the city team and know that Burlingtonians will benefit from his work.”

“I am immensely grateful to Mayor Weinberger for this opportunity to serve the people of Burlington,” Richardson said in the release. “My career began at the Chittenden Superior Courthouse, and it is an honor to return to the city that shaped me into the lawyer I have become. I look forward to working with the mayor, the council, and city staff to provide legal counsel and advocacy on Burlington’s behalf.”

Richardson is the fourth councilor to serve the two-person district 3 in the past three years. 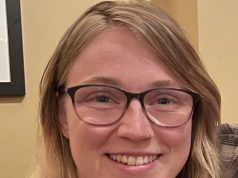 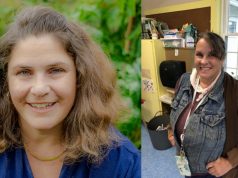