Home News and Features Visions of the Future … From those who will help to shape...
Facebook
Twitter
Email 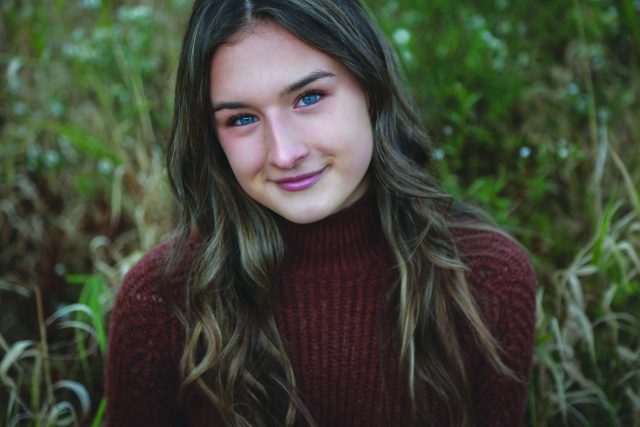 They entered kindergarten as the world struggled with the Great Recession. They’re graduating as the world begins to recover from the COVID-19 pandemic. The class of 2021 has lived through a lot in less than two decades. What do they think the future will look like? A few Montpelier High School seniors were asked to envision life and the world as it will be 30 years from now. These are their responses.

What will the world look like in 30 years? Good question. People are very routine and follow the same patterns over and over. I once read somewhere that around 90 percent of our day is based on habitual routines.  Thirty years from now I’ll be almost 50 years old. Thirty years is a long time. Thirty years ago, there was the end of the Cold War, the internet boom, Namibia separated from South Africa, and Princess Diana was the Princess of Wales, along with many other events. Considering I never would have thought there would be a pandemic during my junior and senior years of high school, I have no idea what things will be like in 30 years. But that doesn’t mean I’m totally clueless. Old habits die hard, as the saying goes, and people don’t just change overnight. People are people, so there’ll always be some sort of conflict. Whether on a national or global level, or with neighbors whose trees drop rotten fruit on your driveway, there will be something. But, 30 years from now I think kids will be going to school, and people will be traveling, visiting friends and family, working, mowing lawns, gardening, and finding simple pleasures. Who knows, maybe there will be something other than buses and cars to get around in, maybe there won’t even be highways. It sounds crazy, but if you had told me I would be doing school from home the spring of my junior year because of a global pandemic, I definitely would not have believed you. At this point a unicorn could drop out of the sky and it wouldn’t seem out of the ordinary. Okay, it definitely would, but you get the idea.  For centuries people have carried out the same habits. We like to make friends, and get to know other human beings. We educate ourselves and then enter the workforce. Work structures our day, and can make us feel productive. Then we rest, because we’re tired from our work.  Maybe we pick up a hobby or two. We create garden plots, or go boating with family. We go on camping trips, have bonfires, and exercise. Whether or not we do these things every day or if we enjoy them or not is another thing, but we do them, and we’ve done so for years.  Human patterns may not change 30 years from now, but plenty of other things will. What goes around comes around, so although things will change because of technology and other factors, the motives, feelings, and thoughts that will be voiced at that time will have, to some degree, likely already been circulated in society. We’ll also continue to need each other. We always will. We need friends and family; we need human connection. I like to think of friendships as buoys. When the wind howls out on the open water, and the waves knock the buoy port and starboard, the bell in the center of the buoy tolls. Because of this sound we know it’s out there. Somewhere in the midst of the swell there’s a life line. Sometimes we’ll get a glimpse of the light as it crests a wave, other times not. But we’ll hear it and know it’s there. Thirty years from now I hope we still have lighted buoys all along the river, because I know we’ll need them.

In 30 years, I hope for a couple of things. First, I hope the world still exists (at least as we know it) as climate change is intensifying rapidly. My second wish for the world is for people to focus less on themselves and more on what they can do for others. It’s funny to think that not everyone where I go will be as close-knit a community as my Vermont hometown, but the world could use a little more kindness, and I hope in 2051 we’ve found some.

I think tech will have advanced but only to the point where everything we have will be faster and more efficient. People will likely have sorted out what they want their relationship with their tech to be, so we’ll probably see more regulations on what industry giants like Apple and Facebook are allowed to do. I don’t think there will be as big a jump as there was in the last 30 years as I doubt that we’re going to try to reinvent the internet anytime soon. The future of things like politics and the environment is much more uncertain, and I feel that both those issues are dependent on what we choose to do as a nation.

In 2051 we will achieve new and exciting technological advances creating a futuristic society. It is possible that the world may look negative and our world will have a new pandemic every couple of years and experience a depletion of natural resources. However, I am an optimistic individual and I believe that if we think about what we want to happen, we can manifest that energy and accomplish important goals. In 30 years we need to strive for and expand our sustainable development goals to alleviate poverty, grant better access to education, improve gender equality and food security, and achieve just and strong institutions. I also believe that youths and climate activists will step up and use their voice to change our current harmful emissions and practices. We will aspire to eliminate racial and ethnic disrimination and dismantle white supremacy, leading to greater, more diverse communities and career positions.  All the things I said are possible and I truly believe we can get there, but we won’t if we don’t demand changes and lift each other up instead of bringing people down.

What I hope the world will look like in 30 years and what I fear it will look like in 30 years are two very different visions.  In thirty years, every country will have moved to solar power for most everything. In thirty years, carbon emissions will have reached the point of no return, and facial coverings are permanently mandated everywhere due to air quality.  Education is free and available to everyone no matter their racial identity, sexual orientation, or social class. College tuitions have skyrocketed, making it so mainly wealthy, Caucasian families can afford to send their children.  All teachers are paid a sustainable wage, and they no longer need to supplement their incomes during the summer; teachers are guaranteed paid time off, paid sick days, and a pension. Teaching jobs are undesirable because of the low pay and lack of benefits, they are grossly underpaid and undervalued for the essential work they do.  Universal healthcare is instated in the United States, abortions are free, safe, and legal in all 50 states. Urban areas receive the same quality and quantity of healthcare as suburbia and rural areas. Transgender individuals are entitled to gender comfirmation surgeries covered by insurance, free of copay. Individuals suffering from mental illness receive quality treatment covered by insurance. Healthcare workers are underpaid after the pandemic in 2020, causing hospitals to be understaffed and health insurance to be so expensive and unattainable that most jobs no longer offer it as a benefit. Safe abortions, gender confirmation surgeries, and other elective procedures are now extremely unaffordable, leading to a mass amount of unsafe and illegal surgeries in the U.S.  I have hope in the people of our world to make a difference, and I yearn for the day that we live in a world like the one I imagine. The young people in our world have the strength and the power to stand up and make our voices heard, the time to stand up and take action is now.
UNDERWRITING SUPPORT PROVIDED BY