If a building can house a piece of the heart, I found a huge chunk of mine in the Middlesex United Methodist Church — a structure that over the years shared so many joys and so many sorrows for so many people on their walks of life.

I can’t remember how old I was when I first found myself there. Our family attended the sister church at the time, the Moretown Methodist Church. Mom played piano and I grew up in the choir loft. I often found the Middlesex UMC a land of wonders. At the time it had a bigger congregation, a regular coffee and refreshment hour (because you can have nice things when you have a fully stocked serve-through kitchen that’s regularly attended by loving folks), and wonder of all wonders, it had not one, but two working restrooms! We would often get together at the church for community suppers, fundraisers, and youth group events. My all-time-favorites were when we would team up and rehearse for the Christmas cantata. I remember week after week of showing up early with mom in time to get the heat moving (it took forever to get the old furnace cranking, but it always fired and was always fervently awaited). People would arrive, and we settled into a rhythm. I have no idea what we actually sounded like, but that was the last thing that mattered.

A few years down the road found me off to college, and eventually, for whatever reason, the churches dissolved the shared pastorship. My family remained in Moretown until they were called to move back to the Adirondacks. Occasionally I’d make an appearance in Middlesex to sing a solo or play a couple of flute duets with my former student at the Christmas service. Otherwise my path led me in a very different direction.

After a couple of decades, a friend approached me about kicking off a little community choir. Initially I was put-off by the idea because I was already short on time, and it was one more thing on the list. But he had a vision, and for some reason it very much included me, so I bit. Little by little love started to trickle into our tiny choir. Little did I know I’d end up arranging my life meticulously around that project for the next five years. I discovered quite quickly, it directly fed my soul.

We adopted the narwhal as our patron guide, and the moniker “The Nerd Choir,” because that’s exactly what we were: a bunch of misfit nerds whoformed a choir. We began putting together a monthly karaoke night, which we held in Middlesex, and eventually we gained enough momentum and were offered the space in Middlesex, weekly, to gather. Again I was reluctant, but having the use of the facilities, as well as the lovely acoustics, was rather appealing. The congregation hall was always modestly decorated with aging fake flowers, and refreshed seasonally with liturgical colors, which were gently neglected until it was time to make way for the next season, when things were polished and spiffed up.

As soon as we settled into a rhythm there, love flowed into the building. People found a home and a family they didn’t even know they were looking for. We shared so many wonderful, sorrowful, glorious, and tragic bits of life and gleaned support through our network. We hosted our “Karaoke for the Strange and Delightful,” which always came with the promise of a killer potluck, a free and non-judgmental environment, occasionally a dynamite clothing swap, which ended in a huge donation to charity, and sometimes a theme (we even had a beach party and a luau!).

I watched as people, one by one, accepted for exactly who they were (and maybe more importantly, who they endeavored to be) find themselves in the glorious light of fellowship, food, community, song, support, love, and light, week after week. It is with pride (if we did not have pride when we arrived, we were blanketed with it upon leaving) that I exclaim we also pulled off a few very successful outings, including a couple of open mics in Montpelier at Sweet Melissa’s, followed by late-night karaoke at Charlie-O’s World Famous, where, I’m not gonna lie, we mopped the floor with the competition. We also put together three consecutive holiday shows, followed by blissful gatherings and soul-food for days. The first one was packed full of people we’d never even met, and everyone sang along and left feeling loved. The weather took care of some of the attendance for the second, but not one person seemed to mind. The third was a smashing variety show that highlighted some incredible local talent and included a community carol-sing that sent everyone off glowing into the night.

One of the best experiences was getting to know Pastor David Light. When we first found out that he’d be in regular attendance, we were a little apprehensive that our flamboyant expression and loose lips (we were definitely rated “SC,” for “Some Cussin’”) would be met with reproach and we’d need to tone it down. We were pleasantly mistaken! David’s sharp wit cut through any conversation, leaving either a wave of passing shocked giggles, or precious notes of insight, wisdom, and experience that were only capable of provoking some deep inner reflection. Through it all, the amount of love and care that was the embodiment of David lit up the space every time he was in attendance. And the man could sing! My favorite part was watching people decide they were going to sing that one song and know they’d practiced their hearts out in preparation…the anticipation as they took the stage, the way the anxiety would melt away as soon as they realized this was their time to shine, and that’s what the masses demanded. David, with his repertoire of swanky and sultry show tunes shone among the brightest.

For as much love as he had to give, the physical organ itself just couldn’t keep up. David had a bad heart, and a long history of difficulties. A massive heart attack ten years prior had left  damage in its wake, and he was told then to expect a few more months, maybe a year. Knowing that David was living on borrowed time made every moment that much more precious. His death seemed tragic at first, but again, as the rhythm of life took hold, just getting to know David helped ease our grief. Now I am able to recognize what a gift it was.

Just like the waxing of the moon governs the ebbs and flow of the tides, all good things eventually come to an end. Life changes and circumstances emerged, attendance dropped and we petered out. Even though, despite our best efforts, we eventually ceased to gather, the loves, ties, and fabric of the tapestry we wove is bullet proof. In finding that space to call a home, we found our home, and our church. Yes, it was a lovely building, but it was just that, a building. Through fellowship and song, we are the ones that made it vibrate with the resonance of our love and support for one another, and I couldn’t be more grateful for that time after the bonds we will forever share. It was truly life-changing, and I thank every single soul who dropped by, even if it was just once, to sing a song, eat some food, or our favorite, to heckle. To just be.

Thank you from the bottom of my heart. 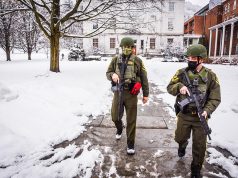 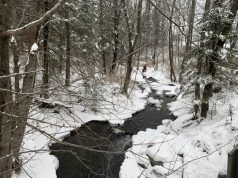 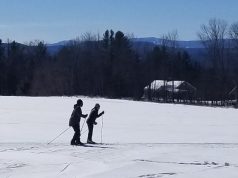