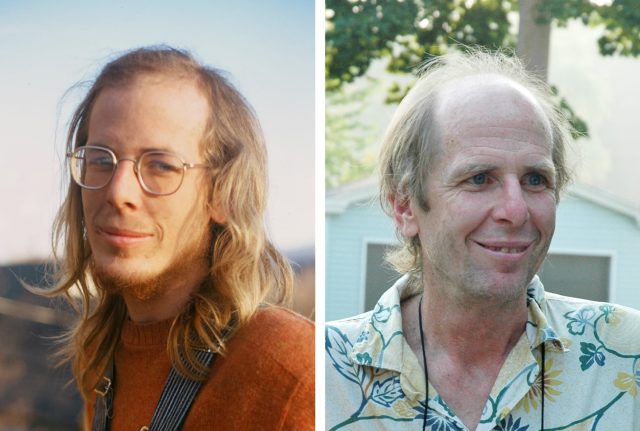 Stephen Keyes (“Sky”) Yardley Passed Away in Shelburne, Vermont, on February 23, 2021, After Living with Dementia Since 2015.

Sky was born on April 18, 1950, in Boston, Massachusetts, to Charles and Phillis (Ripley) Yardley. He was raised in Needham, Massachusetts with his three sisters and spent glorious summers at the family cottage on Lake Nubanusit in southern New Hampshire. After graduating from high school in 1968, he attended Amherst College. After three years of academia, the “real world” called to him, and he embarked on a journey of discovery. This journey took him to Esalen in California, Calvin Creek Ranch in British Columbia, the islands of Hawaii, and the Appalachian Trail.

It was on the trail that Sky met a resident of Frog Run Farm, a commune in the Northeast Kingdom of Vermont. Sky moved to Frog Run in 1973, where he reveled in learning hands-on skills, farming, building, and tinkering. He worked in the woods with draft horses, sugared, grew food, and built a barn, which later housed a herd of 20 Jerseys for the dairy that he started with three other commune members.

In 1976, Sky and his partner at the time, Polly Jerome, hitchhiked on a freighter to Iceland, where they worked for a year in a fish factory and on a chicken farm. They used their earnings to travel to Europe for exploring and hiking. Returning to Frog Run, Sky and another commune member started Vermont Produce Cooperative in 1979, a trucking business that brought produce from the Boston Chelsea market to Vermont food co-ops and eventually took Vermont organic produce to Boston as well.

Sky began delivering produce to the Corner Cafe, a vegetarian restaurant in Randolph, Vermont, in 1984. There he met Jane Dwinell, the café owner, who became his beloved and best friend, and in 1985 they embarked on their life journey together. Sky and Jane built their off-grid homestead, Full Moon Farm, in Irasburg, Vermont, where they raised two children, Dana and Sayer. While homesteading and parenting, Sky attended Woodbury College in Montpelier, Vermont, and became a family mediator, a career that built on his lifelong attention to conflict resolution and healthy relationships.

Sky and Jane chose to retire in 2006 and set off on their own adventures. They traveled to New Orleans to volunteer after Hurricane Katrina. They explored the canals and rivers of France on their beloved houseboat, “Antinous.” They built a tiny house in which they lived, traveled, and did more volunteering. Sky and Jane also traveled aboard their U.S.-based boat, “Iris,” cruising up the Intracoastal Waterway from Georgia to Lake Champlain.

In 2015, Sky began to show signs of dementia and was officially diagnosed in 2016. He wanted to challenge the stigma around dementia, and he spent the rest of his life connecting with other people who had the disease. He and Jane traveled cross-country with their sermon and workshop, “Living with Dementia,” which they gave in 25 congregations. They started a blog, alzheimerscanyon.blogspot.com, to share their journey with others.

Sky was a curious, playful, easygoing, and loving partner, parent, and friend. His greatest joy, beyond spending time with family and friends, was being in the natural world: working in the woods, hiking or skiing mountains, or floating on the water. He loved music — especially playing the piano and enjoying the live music of New Orleans — and he always had a song for every occasion.

He is survived by his beloved life partner and wife, Jane Dwinell, of Alburgh, Vermont; his daughter Dana Dwinell-Yardley of Montpelier, Vermont, and her circle of chosen family; his son Sayer Dwinell-Yardley and his partner Emma Tait of Burlington, Vermont; his sisters Mary Yardley of Lexington, Massachusetts, Susan Yardley and her wife, Becky Kent, of Natick, Massachusetts, and Janet Yardley of Nelson, New Hampshire; and his nieces Samantha Morgan of Freeport, Maine, and Cody Yardley of Medford, Massachusetts. He was predeceased by his parents and his aunt Mary Ellen Yardley.

Sky’s family would like to thank the skillful, caring staff of the Arbors at Shelburne, who looked after him so well for the past year.

A memorial gathering will be held at a later date. Donations in Sky’s memory may be made to the Lake Champlain Committee, 208 Flynn Ave. #3f, Burlington, VT 05401, or lakechamplaincommittee.org, or the South Burlington Community Justice Center, 19 Gregory Dr., S. Burlington, VT 05403.
UNDERWRITING SUPPORT PROVIDED BY 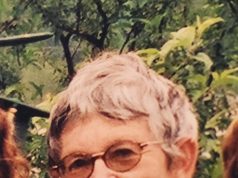 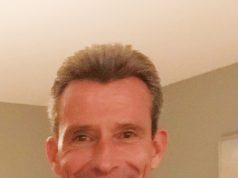