In a recent article in The Bridge, City Manager Bill Fraser reported on the city’s financial situation. According to Fraser, revenues are way down and expenses up, we are facing a budget gap of between $1.7 million to $2 million. Fraser said the city would welcome any suggestions about what our priorities should be. What do we spend money on and where we could make cuts?

Here’s my take on expenditures. First, maintain and fix the city’s infrastructure. Second, keep city employees employed, no cuts to public safety or services. Third, if Montpelier receives any new stimulus money in the future, it should be directed toward maintaining our infrastructure and city services, our small businesses and downtown shops.

What could we cut? How about a discussion about the wisdom of pursuing a building project, the parking garage, that is completely out of sync with the values so many people expressed in the recent Montpelier Downtown Core Master Plan survey: fewer cars, a green environment, walkability, access to the river, the city’s historic feel, small scale, a place for the farmers market.

Confederate Flag Should Not Fly in Front of State House

The photo of the Trump rally in front of the Vermont State House that appeared on The Bridge website on Dec. 5 featured a Confederate flag in front of the Golden Dome. Trump flags and Gadsden flags (the Gadsden flag had its origin in the Revolutionary War) at Trump rallies are one thing, but a Confederate flag and the Vermont State House are two things that should not appear in the same image.

Vermont was the first state to abolish slavery, and according to online sources, during the Civil War that was fought to eliminate slavery in the remainder of the United States more than 28,000 Vermonters volunteered to serve in military units.

The First Vermont Brigade saw action in all major engagements of the Civil War from the First Battle of Bull Run to Appomattox Courthouse. At the Battle of the Wilderness in Virginia in 1864, the First Brigade lost 1,000 men in three days.

The Second Vermont Brigade, consisting of the 12th, 13th, 14th, 15th, and 16th Infantry regiments, is credited with playing a major and heroic role in stopping Pickett’s Charge at Gettysburg.

Because the current Vermont State House was first occupied in 1859, the building is in many ways a Civil War museum. The Cedar Creek Room features the Julian Scott mural “The Battle of Cedar Creek,” which depicts the role played by Vermonters in that engagement. If you are a Vermonter and have never visited your State House, I hope you will when it reopens after the pandemic recedes.

When battle deaths are combined with deaths caused by disease and imprisonment, the total loss to Vermont because of the Confederate battle flag was 5,194.

And overall, the “Stars and Bars” resulted in the deaths of more than 600,000 United States soldiers, more than in any other war fought by the United States. The Confederacy must count its own losses just as they wished back then, separately.

I therefore found it offensive that someone would wave the battle flag of the Confederacy in front of our State House. It is in essence the flag of a foreign power with whom the United States fought a war. Its display is an insult to the memory of all those Vermonters who served, and especially those who died, in the Civil War. In my mind it is even an insult to all Vermont veterans, living and dead, who have served and fought to preserve, protect, and defend the United States under its flag, the Stars and Stripes, and to the men and women currently in uniform.

The equation is simple: The United States won; the Confederacy lost. It is time to put the Confederate flag and all it represents away — forever. My hope is that every Vermonter would join me in that sentiment. 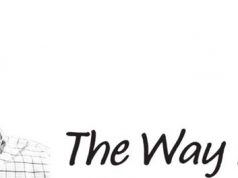 Lunch With My Father at the Tao