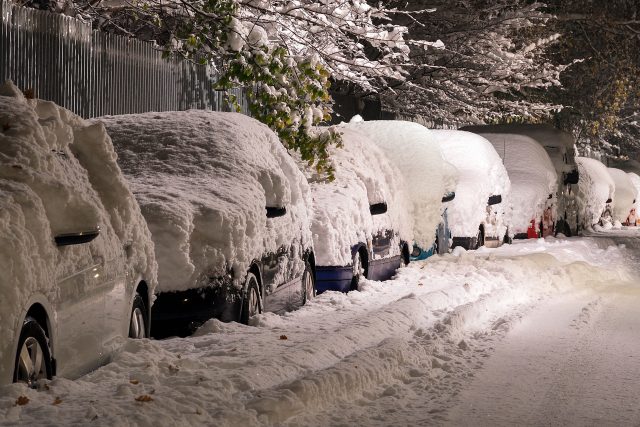 Montpelier will be implementing a winter parking ordinance from Nov. 15 to April 1. The ordinance, approved by the City Council on Oct. 14, provides for an alternate-side parking system: the side of the road people can park on during the winter months will switch daily. On even-numbered calendar dates, parking is only permitted on the sides of streets where the buildings have even numbers. On odd-numbered calendar dates, parking is only permitted on the sides of streets where the buildings have odd numbers.  Vehicles will need to be moved to the appropriate side of the street between 5 p.m. and 11:59 p.m. By midnight, all cars must be on the correct side of the road in correspondence with the calendar day and building numbers. Green and white parking signs will be placed around the city to mark the designated parking zones on even and odd days. The signs will not necessarily be placed at the beginning of every street, but at the beginning of where the parking begins. As of yet, there will be no signs to mark the end of each parking zone.  There will, however, be exceptions to the alternate-parking mandate in the downtown area where there is metered parking and near schools. In these areas, parking is permitted between 7 a.m. and 11:59 p.m. Between midnight and 7 a.m., parking is prohibited. The Department of Public Works and the City Council hope that an alternating schedule and overnight parking ban will allow enough time and space for the streets to be consistently plowed.  “We’ve struggled with maintaining operational levels of service,” said Department of Public Works Operations Manager Zach Blodgett. “There were a lot of times last year where we had to go out and manually post streets for no parking, such as School, Loomis, Court, and Prospect because we didn’t have any time to clear the street. It made it difficult for emergency vehicles to be able to get down the road.” Concerns brought up during the City Council meeting included the potential lack of handicap-accessible parking as well as a general lack of parking once the statehouse is back in session. There was also a conversation around changing the start time of the downtown parking ban from midnight to a later hour, since some bars and restaurants do not close until 2 a.m.  Officials can still issue a citywide winter parking ban for a snow emergency, which would mean all cars must be removed from all streets from 1 a.m. to 7 a.m.  The Public Works department will look into these issues throughout the winter.  A full list of even and odd streets is available on the City of Montpelier website: www.montpelier-vt.org/1192/Alternate-Side-Winter-Parking-Newly-Adop
UNDERWRITING SUPPORT PROVIDED BY