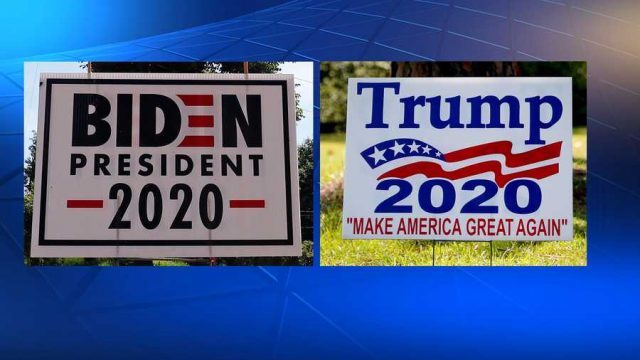 Montpelier Police are hoping for the best and preparing for the worst as a chaotic 2020 presidential election comes to a close. Although the department does not expect any violence to occur, it has partnered with other state and federal law enforcement agencies as a precautionary measure. Police Chief Brian Peete briefed the City Council on his plans last week saying, “There is always going to be fringe elements on either side of a political dynamic. The biggest concerns that we have are going to be any outside groups that may want to provoke the folks who are going to be gathering.”  In the event that civil unrest becomes dangerous, police will have the authority to make a declaration for the crowds to disperse. They also have the power to call for reinforcements from the National Guard and the U.S. Attorney’s Office. There will be special vigilance around voter intimidation at polling locations. Any sight of weapons at City Hall on Tuesday will be considered an act of intimidation, and City Clerk John Odum said he will act on his authority to say, “You can’t do it, period.” The department anticipates demonstrations, rallies, and vigils at the State House. One group, Protect the Results and Defend Democracy, will host a rally on the State House lawn from Nov. 4 through Nov. 7. Police do not expect those gatherings to turn violent. However, since Vermont is an open-carry state, police cannot ensure that these events will be gun-free. “If [a gun] gets pointed at somebody, that changes the ballgame,” newly appointed Capt. Eric Nordenson noted. Police are also prepared to barricade downtown intersections in case people take to the streets. Doing this will mitigate the chance of crowds being hit by vehicles, either accidentally or on purpose. The agencies anticipate that any dangerous conflict will likely be started by groups outside of the Capital City, and not by members of the community. They also agree that the longer there is an unclear winner, or if the win is contested, the more the likelihood of conflict increases. The Montpelier Police Department is just one of the many police departments around the country preparing for civil unrest due to the election. The International Crisis Group, a non-governmental organization that conducts research on global crises, issued a report warning officials to “take extra precaution” in the wake of politically charged violence. While the state and law enforcements have planned for the “worst-case scenario,” there are currently no known threats in Montpelier. “I just want to say that we’re not trying to present doomsday scenarios, we’re always trying to hope for the best,” said Peete. “But it’s our responsibility to make sure we’re planning as best as we can.” The Montpelier Police Department will be sharing any information of concern on the city’s Twitter feed (@vtmontpelier), Facebook page, and through VT-Alert.
UNDERWRITING SUPPORT PROVIDED BY