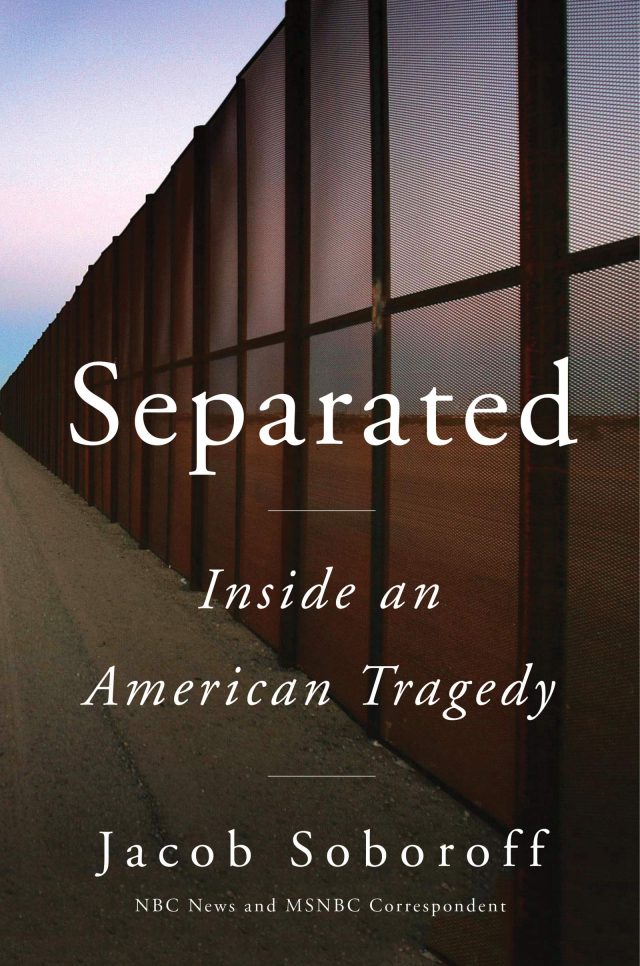 In “Separated: Inside an American Tragedy,” author and NBC News correspondent Jacob Soboroff documents the current administration’s policy of separating refugee children from their parents at the southern border between the U.S. and Mexico — imprisoning and traumatizing thousands of children and parents fleeing environmental disasters and gang violence in Central America. Facing this influx of refugees, President Obama, during his time in office, did deport people and even separated some children “from their parents or someone who presented as a guardian [but] only when officials were concerned for their safety”. In addition, the Obama administration provided environmental aid to the refugees’ home countries, whereas the Trump administration cut off all such assistance to Central America and implemented the practice of separating all parents and children, sending them into different prisons, believing that family separation would serve as a deterrent to potential refugees.

Imagine traveling on foot with your family members across more than two thousand miles of desert, evading gang violence, kidnapping, hunger, and thirst, to reach safety — only to be separated from each other at the border, and thrown into prisons as far apart as California and Florida. In many cases there was no record of anyone’s whereabouts or relations. Half of these children who were severed from their guardians are under ten years old, and more than a quarter are under five.

This puts me in mind of my father, a World War II veteran who helped liberate the Buchenwald concentration camp, describing the survivors as “walking skeletons.” Our shocking and shameful policies appear dangerously close to replicating the conditions in such concentration camps, as accounts of sterilization, unsafe conditions, molestation and assault, inadequate medical care, and lack of advocacy or access to basic information abound. These policies are grievously close to some of the criminal practices of our past: enslaving people, treating them as property, separating them from family, selling them to others, often in dangerous situations, without access to their names or locations. Or the inhumane practice of stealing Native American children from their families and forcing them to attend Christian boarding schools designed to shame and punish them for speaking their own language, for engaging in their own cultural practices or spiritual traditions, and destroying actual connections with their relations. Or imprisoning Japanese-Americans during World War II.

The psychological damage caused by this current cutting off and caging of minors is described by Dr. Colleen Craft, head of the American Academy of Pediatrics: “Studies overwhelmingly demonstrate the irreparable harm caused by breaking up families. Prolonged exposure to highly stressful situations — known as toxic stress — can disrupt a child’s brain architecture and affect his or her short- and long-term health. A parent’s or a known caregiver’s role is to mitigate these dangers. When robbed of that buffer, children are susceptible to learning deficits and chronic conditions such as depression, post-traumatic stress disorder, and even heart disease.”

Added to the trauma of the separation is the incompetence of the system. When the current administration decided, for legal and political reasons, to end the practice of separation, they couldn’t rectify the situation because they hadn’t kept accurate records of who and where the parents or guardians were. Some had been deported, some had been released, and some were in prisons in other states. Yet the Department of Homeland Security had no system set up for identifying their connections, tracking their locations, or reuniting them with their children. Instead, a system of cruelty compounded by incompetence has guaranteed the traumatization of thousands of desperate and courageous refugees and their children. Physicians for Human Rights has called the practice of family separation “torture.”

Groups such as the Angry Tias and Abuelas in Texas and the American Civil Liberties Union have provided some financial and legal help to those in detention, but they have little power under this administration to reunite families. The Central Vermont Refugee Action Network (along with other volunteer organizations throughout Vermont) has provided assistance to refugees and asylum seekers, but the pandemic and its financial and legal consequences have slowed the process. To avoid the humanitarian disaster folded into these environmental and political challenges, we need to face this tragedy head on. This book offers a first step: a revelation of this abuse, and the subsequent and urgent need to identify the locations of the imprisoned children and their caretakers so they can be reunited as soon as possible.

This book relates to the local Central Vermont Refugee Action Network, which is currently doing what it can to bring folks out of detention and to Vermont, according to Margaret Blanchard, a former Bridge board member. The Network has been dealing with refugees in Vermont for at least five or six years. It is a voluntary network of concerned citizens, some connected to a variety of local churches/synagogues.