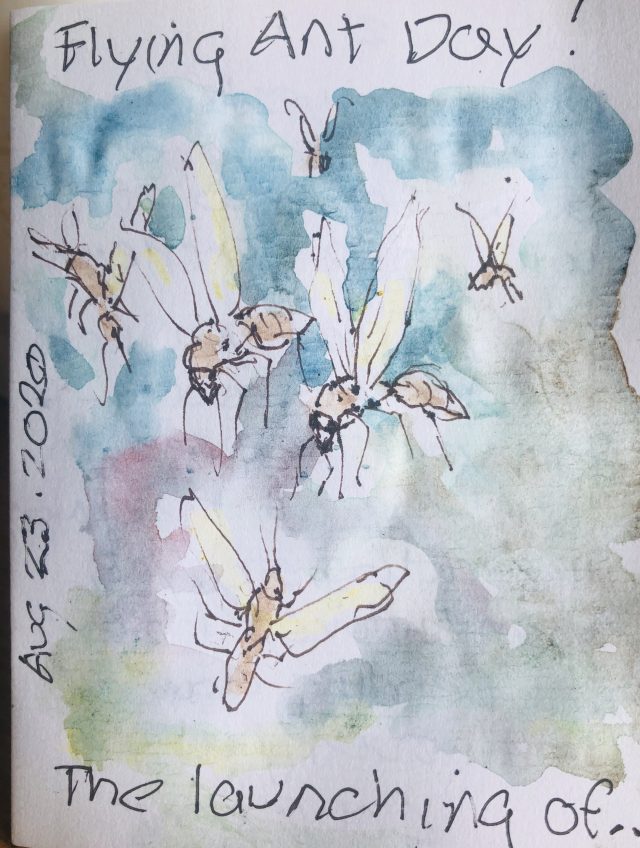 Flying Ant Day, in late August, marks the end of summer for me. Every year the new queens and males grow wings, then all together, across a region, many thousands do a synchronized fly-up into the air, mate, and the fertile queens descend to lose their wings and start new colonies. This spectacle lasts less than an hour, and I’ve only seen it a few times — this year being one. It ushers in the rush to launch the next generation, or fatten for winter, or migrate out. From now until first snow, the great rotating of seasons, and a dash to seed!
UNDERWRITING SUPPORT PROVIDED BY 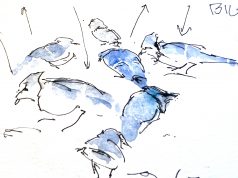