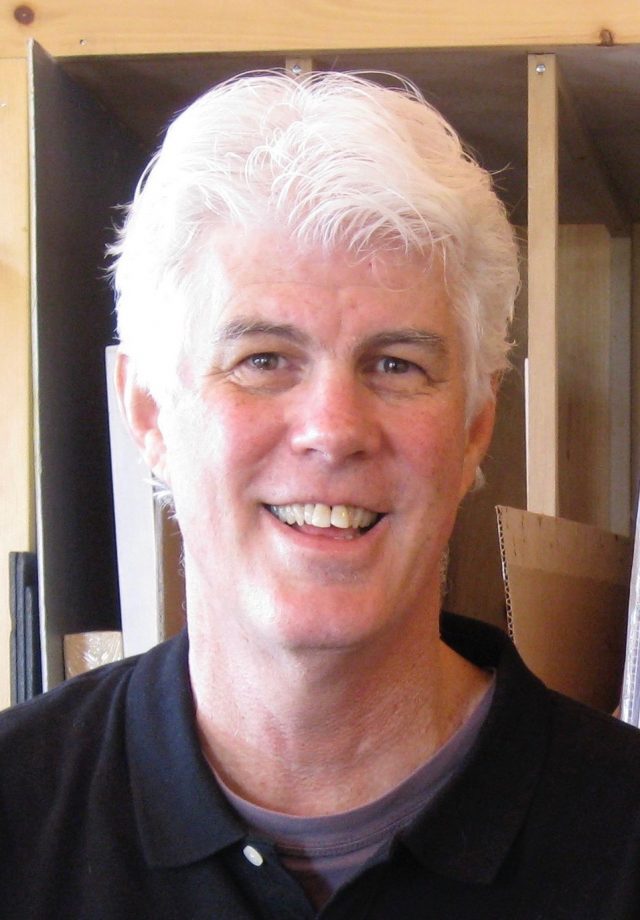 By Doug Wilhelm It was the last Friday in March when it hit me. There was no warning; I just woke up feeling not quite right. I made it through the morning, but after a Zoom meeting wrapped up at noon I went downstairs and lay down. Cary said, “Why are you lying down?” I said, “I don’t know.” By evening I knew something was really wrong. It was a little scary. Suddenly I could take only about two-thirds of a breath before hitting a barrier of pain in the lungs. We decided I should call my doctor’s answering service. When a physician’s assistant called back, I told her my symptoms — basically, flattened — and struggled to describe how my lungs felt. “It’s like they’re … stiff,” I said. She said, “I’m going to make a presumptive diagnosis that this is COVID.” She set up a tele-session with the doc for Monday. Through that first night, I did my best to stay calm. How bad would this get — would my lungs keep tightening, like a window slowly closing? I didn’t know, but I knew panicking would only make it worse. I tried to breathe steadily, if not fully. And I found I could. By the time I talked with the doctor on Monday, Cary and I had divided the house. She was sleeping upstairs, where she’d been doing tele-sessions for her therapy practice. The kitchen was the only room we both entered, never together. She brought dinner to me, leaning into the bedroom and holding out the tray as far as she could; I made simple breakfasts and lunches, always scrubbing up and wearing an N-95 mask before going in there. We must have done something right, as she never got it. But clearly, the doc said, I had it. On Tuesday I drove to the hospital for the swab test, which is just as unpleasant as people say, if “unpleasant” is the best word for having a probe stuck nearly all the way into your brain. By now I was pretty sick, but the breathing wasn’t any worse. I was taking my temp every two hours (we discovered the beauties of the pulse oximeter later on). And thanks to J.K. Rowling, of all people, who’d posted a link to this, I found a set of deep-breathing exercises online for COVID-19 patients. For weeks to come I did them four to five times a day, often once in the middle of the night. That often each day, my breathing would feel tight, a little scary again. But I’d do the exercises and breath by breath, I’d be okay. I was lucky. I never felt I needed to go to the emergency room, and my fluctuating temperature never rose above 100.5. Then that Friday the test result came back. Negative. “Congratulations,” the doc’s office emailed. What? If I didn’t have this, what did I have? I posted my confusion on Facebook, and quickly heard from three or four others who said the same thing had happened to them, or to someone close to them. I found news accounts saying that up to 30 percent of negative results from the swab test were turning out to be false. “I learned in med school to trust symptoms first,” said the doctor (we were doing tele-sessions every second day). “You definitely have this.” I was down for two weeks with the moderate fever, shortness of breath, heavy cough, and some other symptoms, none too severe. After a third week with no fever, the doc said I could come out of isolation — but what followed was eight more weeks of dragged-out, up-and-down recovery. I was exhausted, coughing constantly and bringing up a large amount of lung fluid each day. I went back to work, but I had to make myself take periodic rests or I’d get flattened again. The doctor put me on a second antibiotic (the first was to prevent post-COVID pneumonia, which can be deadly). Whether that helped I don’t know, but finally in late June I just … got better. The lungs cleared, the cough disappeared, the energy returned. I feel fine. People ask, How did you get it? Well, I was at the last UVM men’s basketball game, from which more than 50 people developed COVID-19 symptoms and three died. So that’s probably it — except the Centers for Disease Control says the incubation period for COVID-19 is two to 14 days. I got sick 24 days after the game. So I just don’t know. I’ll say this much: Though I had a moderate case, it was clear from the start that this virus is not fooling around. I think the breathing exercises, more than anything else, may have kept me out of the hospital. (To find them, go to Youtube and search on “COVID breathing technique.”) I’m one of the lucky ones. Please keep taking this pandemic and your own safeguards seriously. Do everything you can to be one of the lucky ones, too. A former Montpelier resident and the author of 17 books for young readers, Doug Wilhelm now lives in Weybridge. While he was recovering from COVID-19, Doug learned that his latest novel, “Street of Storytellers,” had been awarded three national book honors.
UNDERWRITING SUPPORT PROVIDED BY