Home News and Features Sponsored Content Homeless Man Cited for Trespassing at Humane Society
Facebook
Twitter
Email
Troopers were called to the Central Vermont Humane Society in East Montpelier on Monday, July 27, and again on July 28, to a report of someone unlawfully entering the building. According to police, Joseph Cross, 54, homeless, was charged with unlawful trespass after he first “entered the Central Vermont Humane Society through a door not accessible to the general public” on Monday at around 3:20 p.m. By the time police arrived, Cross had left. Then, on Tuesday, July 28 at around 8:41 a.m., Cross returned and tried to get in the building again. This time troopers were able to speak with Cross. He was issued a citation for the violation of unlawful trespass, and released to appear in Washington County Criminal Court to answer to the charges. Unlawful trespass is a violation of Title 13 Vermont Statutes Annotated 3705. A call to Central Vermont Humane Society was not immediately returned.
UNDERWRITING SUPPORT PROVIDED BY 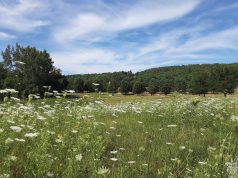 A Message from City Hall: Deck the City Halls