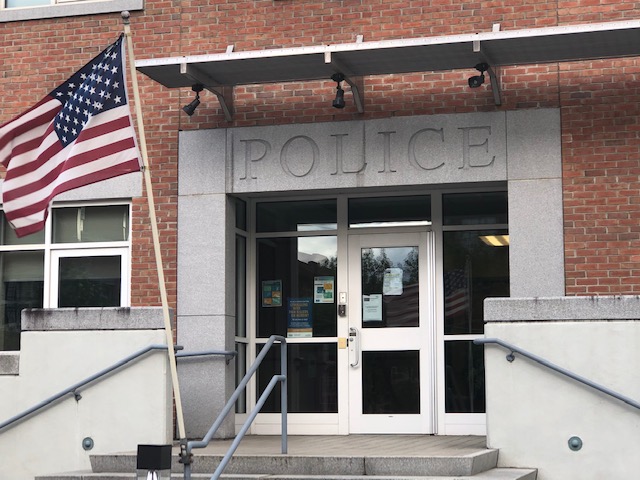 Compiled from Montpelier Police Department’s Media Log, May 18 to May 24. Items chosen for this column are edited to shorten and clarify, but stick as closely to original wording as feasible.

Police responded to a report of a person who was at an apartment building  on Barre Street looking for someone who didn’t reside there.

A complaint was made regarding the noise coming from an apartment on Berlin Street. No noise was heard when the officer arrived.

Someone on Main Street reported a person had entered an occupied apartment without permission.

An officer on foot conducted a check at the Taylor Street bike path shelter at the pocket park out behind the Department of Motor Vehicles. No further information in the police log.

Speed enforcement was conducted on Elm Street in response to numerous complaints.

Someone violated the public drinking ordinance at the bike path in the downtown area by an officer on foot patrol. Montpelier ordinance prohibits people from opening a container of beer, wine, or other alcohol in public, except for a few designated areas.

A male was reported to police to be speaking to children from a “suspicious vehicle” in the State Street area near Crestview Drive and Pinewood Road.

Police found a parked, unoccupied vehicle with the trunk open on Sabin Street. The trunk was secured.

An officer found a pile of trash on Horn of the Moon Road.

Someone reported a person sneaking around a property, but police could not stop them because no trespass notice had been served on the person.

Noise was reported at an Elm Street apartment.

An issue between a landlord and tenant escalated to the point where someone called police to report a domestic disturbance on Northfield Street.

Police patrolled the bike path on foot in the downtown area, farmer’s market and bike path.

A dog running loose was accidentally hit by a police cruiser passing by on Center Road. The dog did not appear to be injured and the cruiser appeared to not be damaged.

A female told police she had been left behind at a gas station on Memorial Drive by a friend who had been driving her around. She told police her property was still in the vehicle and she wanted to talk to them about it.

Someone reported excessive noise at a Hubbard Street apartment.

A two-car crash on Stone Cutter’s Way involved a passenger car and a stationary vehicle.

There was a protest/demonstration on Governor Davis Avenue.

Police were called to assist a disabled motorist at Stone Cutter’s Way, but the person did not need help when they got there.

A sewer issue on Lague Drive was called in to the Department of Public Works.

Police issued a citation of an ordinance violation to Paul Gallagher, 59, of Montpelier, to appear in Vermont Superior Court to answer to the charge of drinking alcohol in a public place. He was at the Taylor Street Pocket Park.

Police responded to people who got in a fight at the Cummings Street footbridge.

Emergency responders attended to a man down on the sidewalk alongside Main Street.

A State Street caller reported vandalism to her planters outside a business, causing about $150 to $200 worth of damage.

Someone on Elm Street reported damage to plants and stolen lights at an Elm Street business.

Flowers were also dug up and stolen from another Elm Street property.

Police responded to a mental health issue, and transported a person to the Central Vermont Medical Center.

Police responded to a call about a person on a bench at Stone Cutter’s Way, but the person had left before they arrived.

Kids shooting BB guns at the Cummings Street footbridge against a city ordinance prompted police to be called.

Montpelier Police and Montpelier Fire Department responded to East State Street, and then tried to locate a next of kin for an elderly male, who was confused and unable to find his way home.

A woman walked into traffic on Northfield Street stopping the flow of vehicles.

Two people drinking beer in public were reported to the police department at One Pitkin Court.

A child and a dog were left in a vehicle on River Street, prompting someone to report child endangerment.

Someone on North College Street called the police about a neighbor’s property.

A Baldwin Street resident called police about a neighbor digging up his or her flowers.

Police were called about an individual loitering in the lobby of a Main Street residential building. Upon arrival, the individual was moved along.

A Terrace Street resident reported a neighbor was digging up flowers.

Police on bike patrol moved along an individual on the recreation path by the Transit Center.

Employees at an Elm Street business set off the burglar alarm.

Police responded to a complaint of drinking , smoking, and loud noise coming from the roof of the Launderama on Barre Street.

Motorcycles were reportedly making too much noise on State Street.

Police got complaints about the behavior of transient individuals using the park area off of Taylor Street bike path. Officers are maintaining a presence in the area.

Yelling and a loud verbal exchange was reported in the Taylor Street area of the bike path near picnic tables and the Taylor lot. Parties each went on their way.

Police charged a person with criminal charges, who had been given a Notice of Trespass, but went inside the forbidden store on Memorial Drive anyway.

Police intervened in an assault, which occurred in an officer’s presence at the Central Vermont Medical Center on Fisher Road.

Police responded to a suicide attempt at Elm and School Streets. Police provided assistance to the individual experiencing a mental health crisis.

The Way I See It: Winter Refuge

State of Mind: Shaken, Not Stirred