Wildlife and nature lover Mike McCleese knew he would be living among hunters when, in 2004, he purchased a small, unfinished cabin with no electricity or running water on 20 acres of rugged Vermont terrain. Originally from Ohio, he fell in love with the Worcester property on sight, and there he decided to build his dream home—much of it with his own hands.

“I spent two years in the Central African Republic as a peace corps volunteer in far more austere conditions,” McCleese, 61, said of his property on Shepard Hill Trail. “So, living out here was very comfortable for me.”

He installed an off-grid system and a well, and within two years had transformed the dwelling into a space he deemed “as comfortable as any suburban home.” But instead of neighbors in quaint Tudors with white picket fences, his homestead was surrounded by solemn, often vacant hunting camps.

Although McCleese is a vegetarian with no interest in hunting, he grew up around hunters in the Midwest and said he respects those who hunt ethically.

“If I was anti-hunting, I would have posted my property long ago, and I never have,” he said. “But now, for the first time, I’m thinking about it.”

In February, McCleese came upon what he described as a “grisly and horrific” scene that strained the definition of ethical hunting. While hiking Shepard Hill Trail to “enjoy and connect with nature,” he was startled by the sight of a large tree festooned with bovine skulls and the bodies of several, freshly killed coyotes. The macabre scene, staged on neighbor Bob Connolly’s lot, was visible to anyone walking the trail.

“I knew the coyotes had been killed very recently because blood was still dripping from their noses onto the white snow,” McCleese said of the animals, who were nailed upside down to the tree. “I felt like I had just stepped into a horror film.”

Shaken, McCleese turned around and went home, but he could not erase the disturbing image from his mind. He wondered if the coyotes had been placed there to repel hikers seeking peaceful interactions with nature.

“In my opinion, that tree sent a very clear message,” McCleese said. “And the message was: Stay away.”

Tensions between wildlife advocates and Vermont hunters have grown in recent years, as the ideologically averse groups struggle to find common ground. Brenna Galdenzi, president of Protect Our Wildlife VT, has publicly criticized the Dept. of Fish and Wildlife for consistently refusing to set boundaries for unethical hunters.

“Killing an animal for food, for utility, is one thing,” Galdenzi said. “But to kill an animal with no purpose or intent to use it for anything is unjustified. And that’s what these guys are doing.”

Galdenzi said Connolly lures coyotes to his property with rotting cow carcasses and shoots them en masse when they show up to feed.

“Coyotes are just something to kill during the time of the year when other seasons are closed,” Galdenzi said. “Purposely going out and baiting coyotes and killing them at close range for recreation—these guys are just playing war.”

McCleese said he reached out to several neighbors after encountering Connolly’s tree and while many of them expressed outrage, few wanted to get involved. (The Bridge was contacted by several Worcester residents who expressed solidarity with McCleese but asked that their names not appear in this story.)

Longtime Worcester resident Marcia Hill was eager to go on the record.

“It may be legal, but it is immoral,” Hill said of the coyote display. “The hunters I know approach hunting with skill and respect and would be repulsed by this sort of thing.”
Like McCleese, Hill suspected the tree was meant to intimidate nonhunters.

“It is a visual , a way of announcing that they (the hunters) can be as violent as they please, that they’re not bound by community standards,” Hill said. “This is the behavior of bullies.”.

When McCleese hiked the trail again in mid-April, he saw more coyotes had been added to the tree, while the first bunch from February still hung there rotting. He wondered if Connolly was participating in a coyote killing contest, illegal in the state of Vermont.

“That was, without question, the final straw,” McCleese said. “Seeing 11 or 12 coyotes nailed to the tree by their legs—it was perverse.”

He contacted game warden Chad Barrett and wrote a letter to the Worcester select board to alert them to the grisly display. But when Barrett arrived at Connolly’s property the next day to question the hunter, he saw only cow skulls nailed to the tree. Barrett questioned the hunter about the coyotes.

“I was told [by Connolly] that the local camps shooting coyotes would hang them there so everybody would know what everyone else was getting,” Barrett said. “There’s a bunch of camps in that area and they all hunt coyotes.”

Barrett stressed that while some might find the display distasteful, the hunters had not broken any laws.

“Being the law enforcement division of the department, and as the warden investigating things, I have to apply the law,” Barrett explained. “And in this case, there were no violations.”

Barrett said his investigation turned up no evidence of a hunting competition.

“Usually if there’s a competition there’s more chatter among the individuals involved and more gets back to us,” he said. “We usually end up finding out a lot of information about what’s going on before we even respond to it.”

Except for purposes of competition, hunters are free to dispatch coyotes seven days a week, 365 days a year. (Trapping season is limited to winter.) Wildlife advocates vigorously oppose the state’s open season, citing scientific research that year-round hunting disrupts the coyote’s social order and actually increases their populations. In 2019, a group of law students seeking to reduce wanton waste petitioned the Dept. of Fish and Wildlife to close the hunting season from March to October; warm months when coyote pelts are worthless and pups are at risk of starvation if their mothers are killed. The petition was denied.

Current hunting laws offer little recourse for McCleese to oppose behavior he not only finds repugnant but fears may lower property values in his neighborhood. McCleese pointed out he lives on his property full time while Connolly is a weekend hunter whose primary home is in Waterbury.

“I have to wonder if he nails dead coyotes to the trees on his front lawn in Waterbury,” McCleese said.

In an interview with The Bridge, Connolly, 54, agreed that his dispute with McCleese was caused by one neighbor intruding on the other’s way of life. Not surprisingly, he views himself as the persecuted party and McCleese as an outsider hell-bent on changing Vermont hunting laws.

“He’s tried everything in the book, that’s for sure,” Connolly said of McCleese’s attempts to curtail his hunting proclivities. “He’s called Fish and Game, environmental protection, officials of Worcester. And he’s definitely gotten nowhere.”

Connolly, who described his activities as “100 percent legal,” said he nailed the coyotes to the tree “so the camps above me could see them, because we were keeping track of how many we got this year.”

He suggested McCleese hiked up to his camp not to engage with nature but to look for things to complain about.

“I’m three quarters of a mile away from his house,” Connolly said. “Everyone out here pretty much is hunters, and we all have deer camps and hunting camps. I don’t care if he’s an animal activist, that’s fine. But if [the coyote tree] bothers him, it’s probably better for him to stay on his own property.”

Connolly insisted the tree was never intended to frighten McCleese or other hikers.
“Oh, absolutely not. I encourage people to get out and hike and enjoy nature,” he said. “[McCleese] is more than welcome to walk up through too, if that’s what he likes to do.”

While Connolly said he had taken the coyotes down “because the winter season is over,” he admitted to recently killing two more coyotes and nailing them to the tree.

Although McCleese has lived in the area for 14 years, Connolly dismissed his neighbor as “an out-of-stater that moved in and is trying to change Vermont to the way he thinks it should look, from wherever it was he came from.”

But even some Vermont hunters are more philosophically aligned with McCleese than with Connolly.

“It’s disrespectful to the natural environment to kill needlessly,” said hunter and fifth generation Vermonter Steve Mason. “I emailed the legislature that I would support wanton waste legislation and I hope they at least vote to reconsider it in the next session.”

“There’s definitely an ethical split between individuals that are involved in different types of hunting,” Barrett said. “I’m sure many hunters would be outraged by [the tree].”

But some Vermonters view Connolly’s tree, and the animosity between hunters and nonhunters, as symptoms of a much deeper issue.

“I can’t help but think that much of this anti-outsider rhetoric in Vermont comes from a feeling that the culture one belongs to is dying,” said Montpelier editor Gary Miller, 58, who said he hunted as a teen. “Calling people flatlanders is an admission that your argument doesn’t work.”

“I’m a seventh generation Vermonter, and I am disgusted with the state’s stance on animal rights,” Gwendolyn Marsha, 34, of Woodbury, said. “It is archaic and barbaric.”

“No laws were broken, but is it good ethics? Probably not,” Barrett concluded of the hunters’ display. “I’m a hunter and I don’t do things like that. I harvest my animals, I take care of the animals, I don’t display them like that.”

“Nailing dead coyotes to a tree is an expression of impotence and anger,” Miller said. “It’s easier to blame your fate on newcomers than to look at how you got here and try to figure a way forward—especially if that means changing the way you and yours have lived for generations.”

Protect Our Wildlife has been working to ban wanton waste via the legislature. The legislation, which includes exemptions for killing in defense of property or person, is still pending. 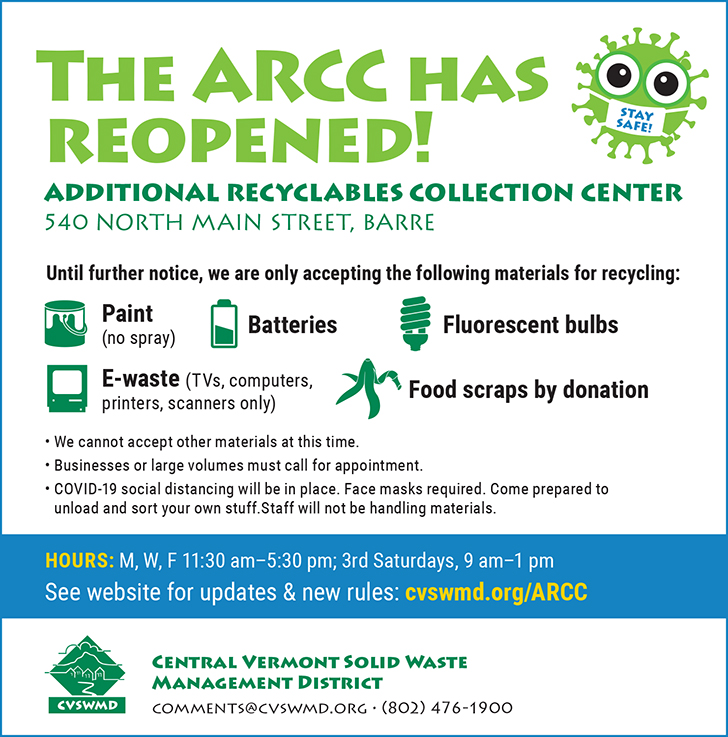 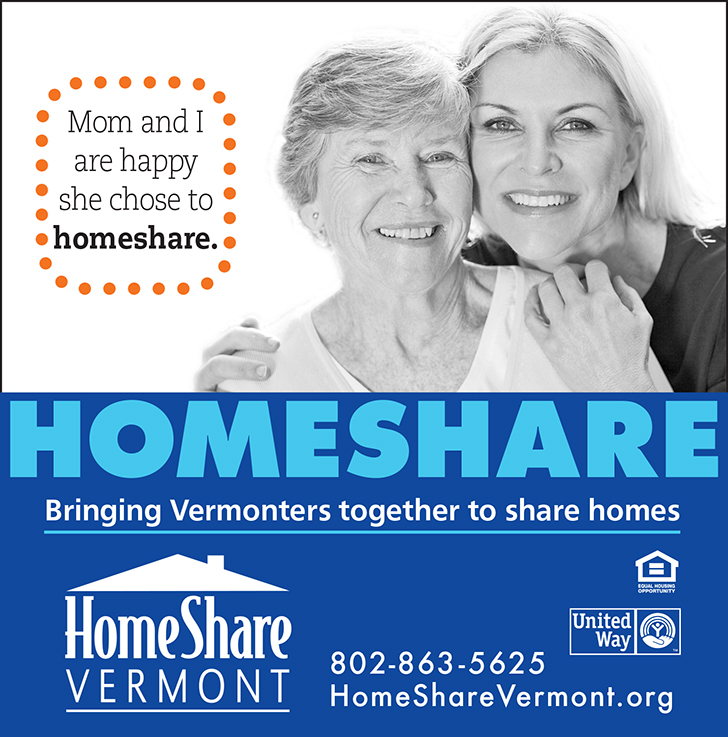 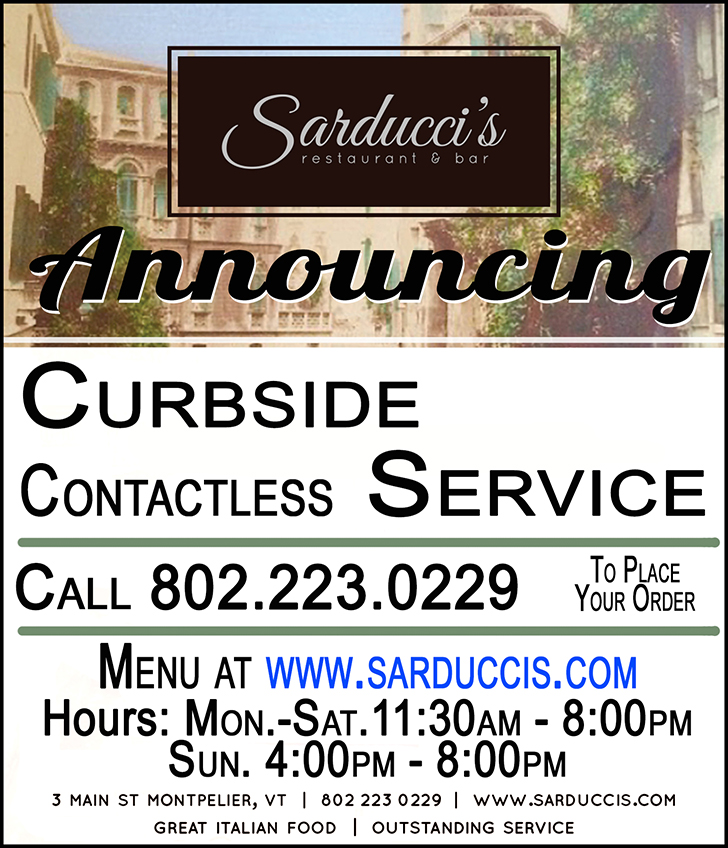 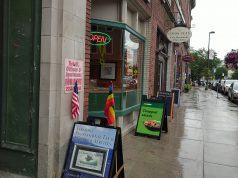 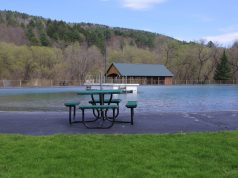 HEARD ON THE STREET: Pool Won’t Open This Summer 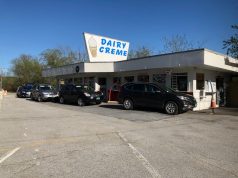 Creemees Are Back! Virus or Not 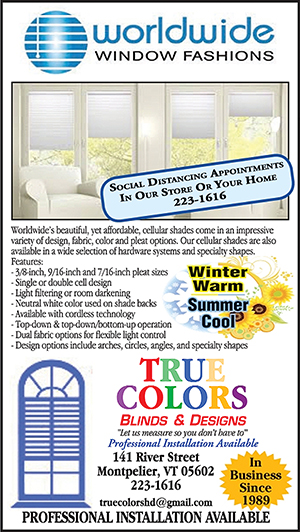 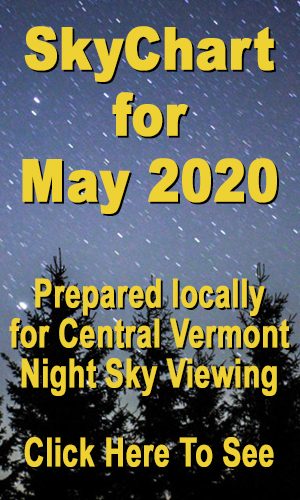 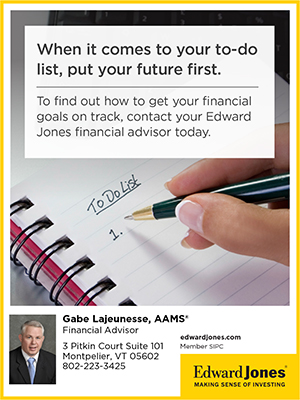