With most Vermonters spending the spring hunkered down, one might expect the local real estate market to be in hibernation as well. In fact, local real estate brokers report, the market is quite active. Buyers are out in force and houses are going under contract, sometimes after the owners have received multiple bids, they say.

“I’ve been running around like crazy,” said broker Janel Johnson of Coldwell Banker Classic Properties. “Properties that were sitting around not getting much attention are now getting multiple offers.”

Activity has reportedly picked up markedly since April 20, when realtors were allowed by the state to start showing properties again after being shut down for several weeks. 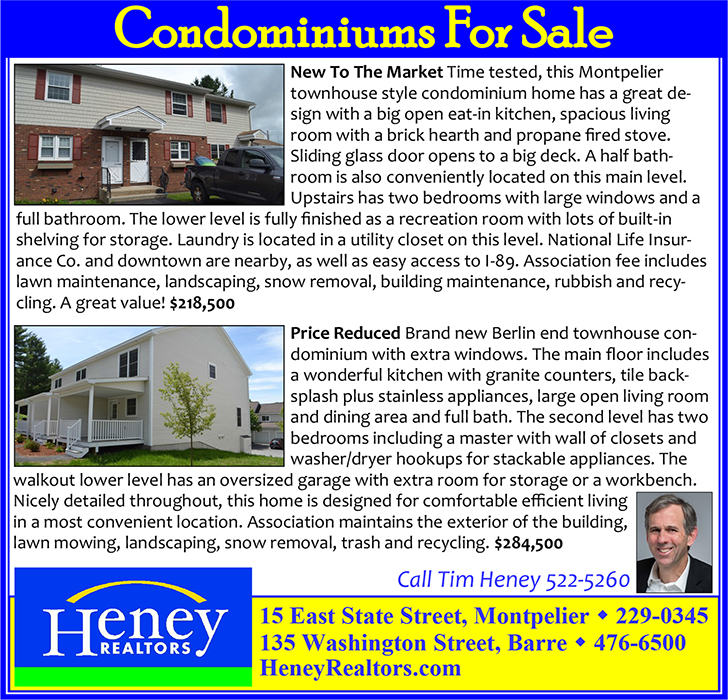 For Tim Heney of Heney Realtors, this has not been a conventional spring market, but it is still an active one, he said. “It’s quite busy, and it is amazing how much we can do online now,” he noted. “There are some properties coming on the market, as is usual in the spring, but inventory is still low.”

Why is the market so strong in the face of the pandemic and a devastating economic downturn? All three realtors pointed out that mortgage rates are historically low, increasing the incentive to buy now.

Johnson said that COVID-19 may be “creating more urgency among some people to find a home.” Heney noted that the volatility of the stock market could be prompting some people to buy a more stable asset. And Felmly said that despite the economic freeze, many buyers still have solid jobs, such as teachers with contracts or employees who can work from home.
Finally, it could simply be that the strong interest in buying real estate this spring is just a continuation of the active local market—and rising prices—that have been in place for the last few years.

According to statistics from the Vermont Realtors trade group, the average home sale price in Washington County in 2019 through November was up 10.3 percent to $269,999 compared with a year earlier, while the median price was up 2.3 percent to $223,679 (figures through December were not available).

The prices and increases in Montpelier last year were even higher. Year to date through November 2019, the average home price was up 6.2 percent to $282,189 compared to 2018, while the median sales price was up 16 percent to $281,595. These figures do not include private sales.

Johnson said that there has been a lot of demand in the $200,000 to $350,000 price range in recent years and that this pressure has increased this year. “There are more buyers than inventory,” she said. “I’m working with a lot of young couples who want to buy their first house, and some are very anxious.” That’s helping to boost the market in more affordable markets like Barre and Northfield, she said.

But homes priced above $400,000 are also selling more quickly than in the past, she said, noting that she recently had two offers on such a property in Montpelier within five days of the property going on the market. “The main story is the tight inventory,” she said. “Every year it gets a little tighter.”

Johnson is hopeful some potential sellers have been sitting tight this spring, and that more of them will put their houses up for sale this summer. “If a seller has something lined up and a place to go, this is a great time to sell,” she said.

Showing a home in the midst of a pandemic requires special procedures. “We all wear masks, and we bring gloves, sanitizer, and wipes, and we try not to touch anything,” Johnson said. Realtors often ask sellers to open closets and doors and leave lights on before a showing. And, at present, a broker can only bring one person at a time into a house, so with a couple, Johnson said she will go through the house twice.

When closings occur, they are being held remotely or by a single attorney, rather than with all parties present, Heney said. He also noted there have been more extensions of closings than usual as it can take longer to get everything lined up for a house sale.

Johnson, like others interviewed for this article, is seeing interest from out-of-staters who are considering a move to Vermont. Under the current rules, buyers arriving here are supposed to have quarantined for 14 days, so some are shopping remotely, with brokers offering Facetime tours. Johnson recently sold a Montpelier property to an out-of-stater that way within a week of it going on the market, she said.

Heney said he has heard that brokers in the Stowe and Mad River Valley are quite busy with out-of-staters looking to buy second homes, which they may view as a getaway from cities that have been hit harder by the novel coronavirus than Vermont.

The out-of-staters Heney deals with are usually looking for a primary home or one they can move to in the future. The fact that Vermont is a less dense, more rural state “is an absolute draw,” Heney said. In fact, a Harris Poll in late April found that 38 percent of adults in urban areas would now consider moving out of populated areas and toward rural areas, with younger adults the most likely to consider such a move, according to the polling company.

During the pre-April 20 time period when the Vermont real estate industry was essentially shut down, Heney had one buyer drive to Vermont and ask to see houses. “I told him I couldn’t do that without losing my license,” he said. “He went and looked at some for-sale-by-owner properties and bought one of those.”

Felmly, whose firm is based in Waterbury, but who lives in Montpelier and focuses on the Montpelier and U-32 town markets, noted the buyers she is working with now are all strong buyers who have been pre-qualified to buy.

“Everybody is handling the pandemic differently,” she noted. “But buying and selling real estate is a need and it hasn’t stopped,” especially now that brokers are back at work.

“April is typically the kick-off of the busy season for real estate, but it was eerily quiet when the pandemic started,” Felmly said. “Now I’m doing a lot of business, showing houses and staying in contact with a lot of serious buyers. I feel lucky.” 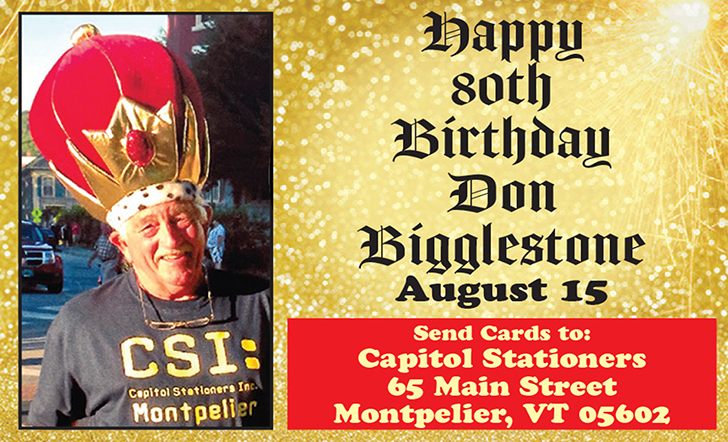 Getting Us From Here to There: Vermont’s Evolving, and Expanding, EV Charging Network