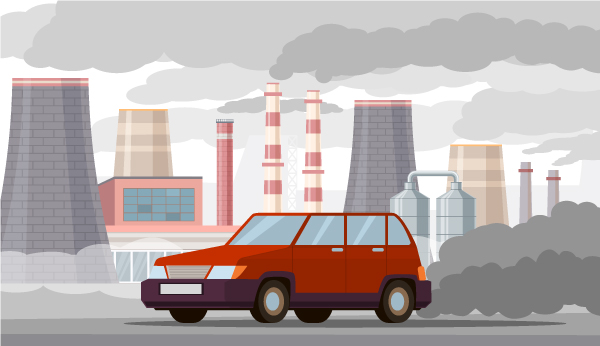 An Interview with Mayor Anne Watson

As of 2017, transportation is the cause of 28.9 percent of all greenhouse gas emissions, which means transportation emissions are the largest contributor to greenhouse gases (Sources of Greenhouse Gas Emissions. U.S. Environmental Protection Agency, 2020). The Transportation Climate Initiative (TCI) was created to find solutions to decrease the amount of greenhouse gas emissions from motor vehicles. Vermont is investigating the prospect of participating in the TCI. The City of Montpelier has plans to reduce its carbon footprint. I had the pleasure of interviewing Anne Watson, Mayor of Montpelier. She provided helpful insight about future plans for making Montpelier more sustainable.  Now that Main Street Middle School provides bus transportation for students, I imagine this will have an impact on reducing carbon emissions in Montpelier. What do you think about providing busing for Montpelier High School students as well? Is this something the City of Montpelier would consider?  Mayor Watson: If the State signs on to the TCI, then it will undoubtedly affect the entirety of Montpelier. It’s very likely that the costs to distributors would be passed on to gas stations and, ultimately, customers. Everyone’s gas costs would go up a small amount, which would then go to pay for programs to help customers to not need to buy as much fossil-fuel-based transportation fuel. It would affect the school district through bussing and municipal government through our vehicle costs. This includes police cruisers, dump trucks, plow trucks, etc.  I don’t think that the school district should provide school buses for high-school students. There should be a reliable city bus system, and I think it would be acceptable to have high-school students ride a city bus together with other adults. I’m also very interested in the micro-transit project happening in Montpelier later this year. Hopefully that will also be an option for students. I think we could have a better carpooling system at the high school, which I would prioritize above school buses. Many cities in the United States and Europe have adopted an active transportation approach to the TCI that includes walkable paths and publicly available bikes. I know last year Montpelier had scooters available for a short time. Do you see Montpelier adopting more active transport measures in the near future? If so, when and how? Watson: After we got the scooters last year, we circled back with Bird, and they told us that they didn’t make enough money to make it worth their while to return. This highlights the biggest problem in transportation for Vermont: density of population. Other places that have options like publicly available bikes or a frequent-bus-route system depend upon having enough population density to make it worthwhile. We just don’t have it. Burlington recently got public bikes. I think we may see how successful that program is and then see if that company would want to expand to Montpelier.  In the meantime, we continue to plan for more streets in Montpelier to be bike and pet friendly. We recently adopted a plan that would connect the bike path from Main Street (near the new bridge) to the Recreation Center Building on Barre Street. We approved new bike lanes and crosswalks on Main Street, which may be coming this summer (depending on available funding). In order to do this beyond our approved plan, we will need to remove some parking on Barre Street, and we’ll have to have an ordinance change for this. So it’s not totally done yet. This was all a part of a thing called the Barre Street–Main Street Scoping Study. Can you tell me what City Hall might be working on that may involve the TCI or anything that would improve the environment? Watson: This is a big question. I’ll answer it in a couple of different ways.  The city is not likely to do anything specifically on the TCI because it is a state initiative. We couldn’t join the TCI as a city. Having said that, we did approve a legislative agenda that included advocating for anything that helped us meet our net-zero energy goals.  I think the TCI would fall under that clause. So we have grounds to urge our legislators to move forward with the TCI.  In the meantime, the city is doing quite a bit to address its carbon consumption as it relates to transportation fuels.  Is there anything else you would like to share about the plans for Montpelier in regards to the TCI?  Watson: Montpelier as a municipality cannot join the TCI. In the meantime, we will continue to do everything reasonable in our power to lower our carbon footprint.
UNDERWRITING SUPPORT PROVIDED BY