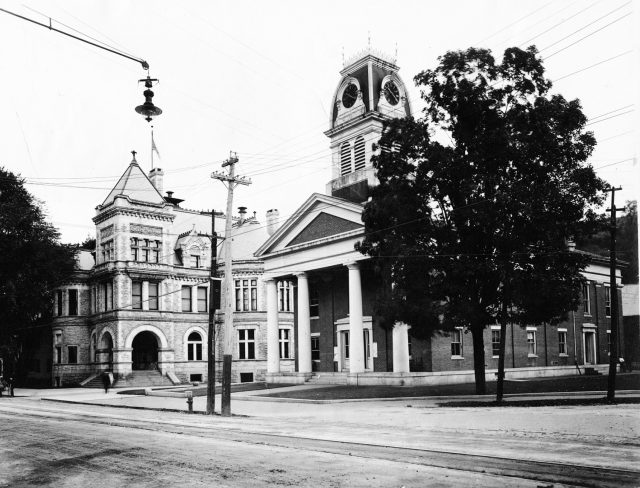 The Washington County Courthouse has stood the test of time. Constructed in 1844, before railroads came to town, it has presided over State Street for 176 years. It originally had a smaller, architecturally appropriate tower. The tower was damaged in an 1880 fire and rebuilt in the more fashionable style of Second Empire. The post office next door was not as long-lived. It was built in 1891 and demolished in 1963, a life-span of just 72 years.